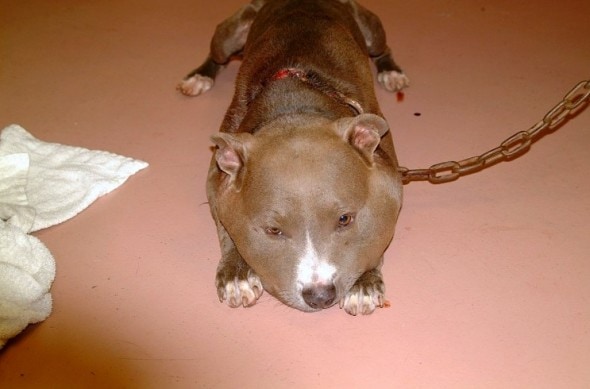 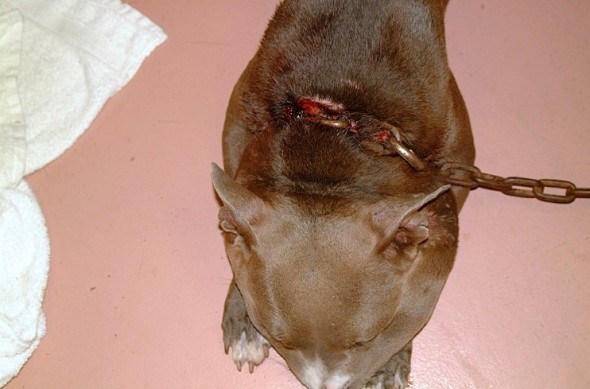 The only thing anyone knows about Roxanne’s past is that her life was a living hell.  She was found wandering around South Carolina with a colossal chain wrapped so tightly around her neck – likely since she was a puppy – that her whole face was swollen.  But since her rescue, she has made a fabulous turnaround! 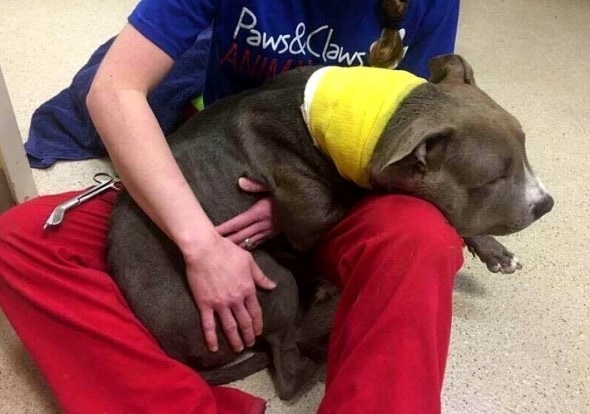 Roxanne was found alone in Columbia, dragging a heavy, six-pound chain around.  She’s only a year old, and the chain was so deeply embedded that an edema had developed around her entire face.  She’s also underweight at only 50 pounds. 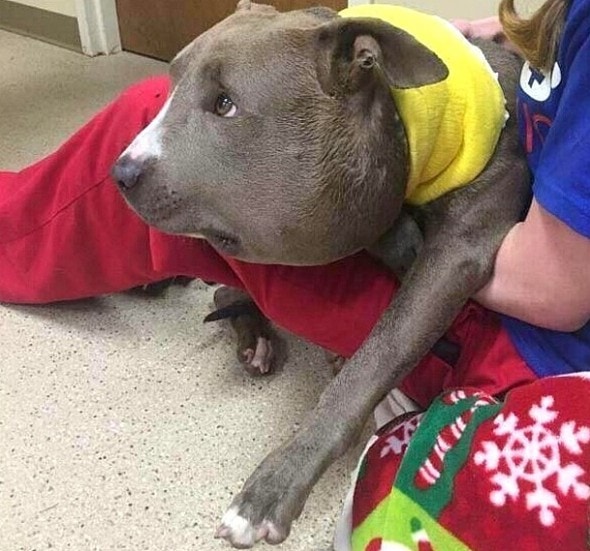 Rescue Dogs Rock NYC heard about her and had her rushed to its vet partner in South Carolina.  Heavy bolt cutters had to be used to remove the chain, then she was taken to emergency surgery.  A deep gash encircled her neck, exposing a major artery, and doctors worried she would exsanguinate at any second. 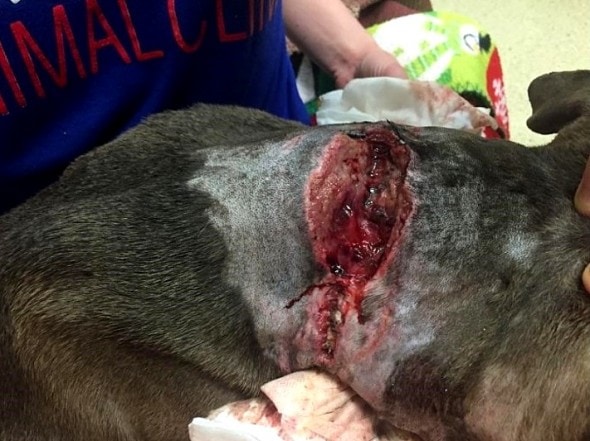 Miraculously, she made it.  She’s got a lengthy recovery period ahead of her, but she’s doing a ton better.  The swelling has completely gone down, and now she can show everyone her beautiful smile. 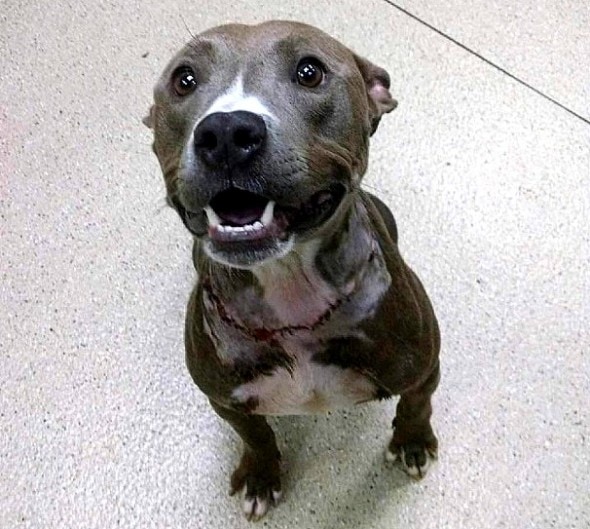