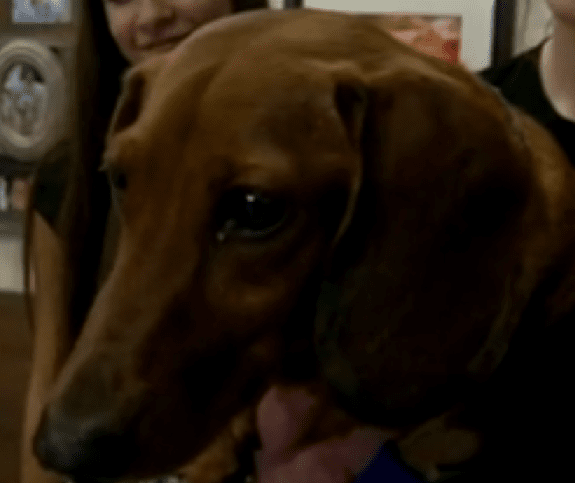 A family in Austin, Texas thought one of their dogs didn’t make it out a fire that destroyed their home on Sunday. When an insurance investigator came out to inspect the home on Monday she found Peanut in the hallway alive and well.

The Trafton family was out for lunch on Sunday when a neighbor called to tell them their home was on fire. Firefighters rescued three dogs from the home, but Peanut, a five-year-old dachshund, couldn’t be found.

The Trafton family and everyone else believed Peanut to be dead, but when an insurance investigator inspected the home on Monday afternoon she spotted Peanut in a hallway alive. Peanut had somehow managed to hide from the fire and survive.

“I had been asking them for two days to just find his body, so that we could get hi taken care of because there is no way we would have thought he would have survived,” said Gail Trafton. “There’s nothing left of the house, and lo and behold, there he is.”

The Traftons took Peanut to the vet to be treated for smoke inhalation and dehydration. Surprisingly though he was very healthy and was able to go home after spending a few hours at the vet.