Authorities are asking the public to please bring pets inside. If you see a stray animal exposed to the cold temperatures, please call for help.

In Alabama, a dog named Cinnamon, desperately chewed off her own foot after the dog’s leg suffered from frostbite. 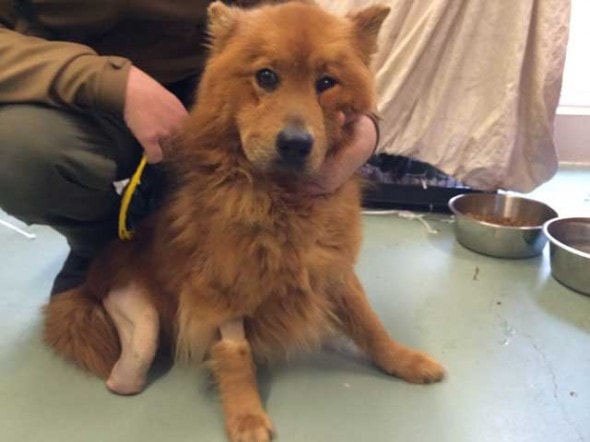 During last week’s cold temperatures, a concerned neighbor called Montgomery Humane Society to report a dog that had been left outside and looked injured.

When animal cruelty investigator, Robert Bryant, arrived at the location, he discovered a Chow dog in need of immediate medical assistance. The pet had chewed off its own foot in an effort to relieve itself from the pain the dead extremely must have caused it.

“Do whatever it takes to get them out of the cold because they’re just not going to make it out there when it gets cold,” Bryant told WSAF.

The investigator took Cinnamon to veterinarians and they concluded the leg had to be amputated because the injuries were too extensive.

Lucky for the dog, the loss of her extremity is not hindering her in any way. The canine is able to walk very well on her three legs and is recovering from the surgery.

So far the dog’s owners have not been charged with animal cruelty or neglect, but we hope this changes soon.