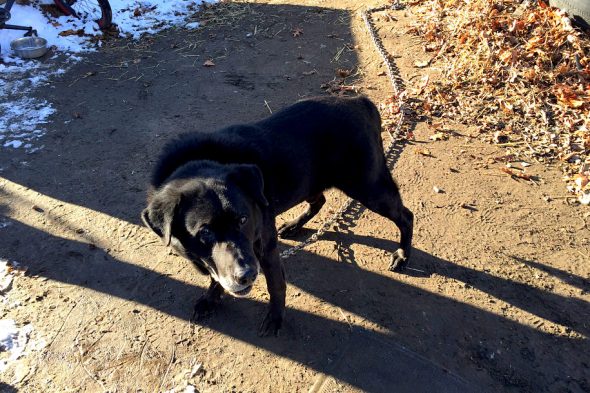 All Bear has ever known is life at the end of a chain outside his home in Long Island.  His owners didn’t intend to be cruel, but held that old-fashioned belief that some dogs can handle being outside when they’ve done it since puppyhood.  Luckily they were persuaded to surrender him, and now Bear is strictly an inside dog who is looking for a new home.

Though this Lab-Chow mix had a dog house, it was quite decrepit, providing very little protection from the frigid winters in Shirley, NY. 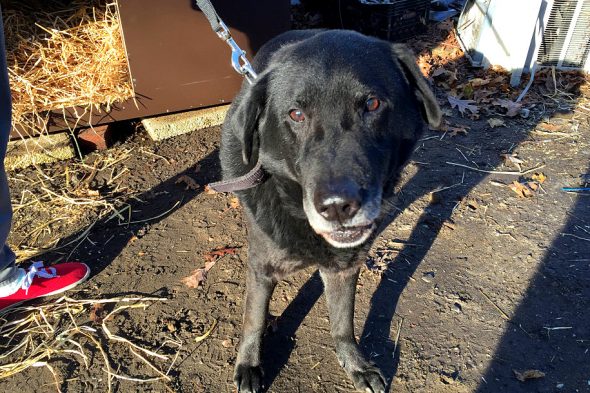 “We received a call about a dog in need of a doghouse,” said Robert Misseri, the founder of Guardians of Rescue.  “But when we got there, it was even worse than that. That’s when we discovered the poor dog had spent his whole life attached to a heavy chain. We knew then and there that we had to do something to make a difference in that dog’s life, and so we did.”

The group spends all winter putting down straw and providing more adequate doghouses for these poor, chained beasts, and last week they dropped one off for Bear.  If they won’t bring them inside, the Guardians also do their best to convince owners to give up their dogs so they can enjoy the quality lives they deserve indoors.  Volunteers aren’t always successful, but this time they were.

“They had indoor pets and when they got Bear as a puppy, they made him an outside dog, protecting (the property). He was a pretty much a guard dog,” Misseri explained, noting that they weren’t bad people.  “But they did the right thing (surrendering Bear), and now he’s being shown things he’s never seen before and the time he has left can be a special treat.”

Bear was very friendly and incredibly grateful to be rescued, making his save much easier on the people who do it.

“We come across a lot of chained-up dogs and you can’t get near them because of their frustration of being chained up. But that wasn’t the case here,” Misseri said. “When we arrived, he was wagging his tail. He greeted us. He’s great with people.”

For the time being, Bear will be at Save-A-Pet Animal Rescue in Port Jefferson Station, just a few miles from his old home.  Because he’s such a mellow old guy, it’s believed that he would be best matched with older or more low-energy people.  His is now up to date on his shots and has been given a clean bill of health.  If you are interested in adopting Bear or any of the other animals in their care, email [email protected]. 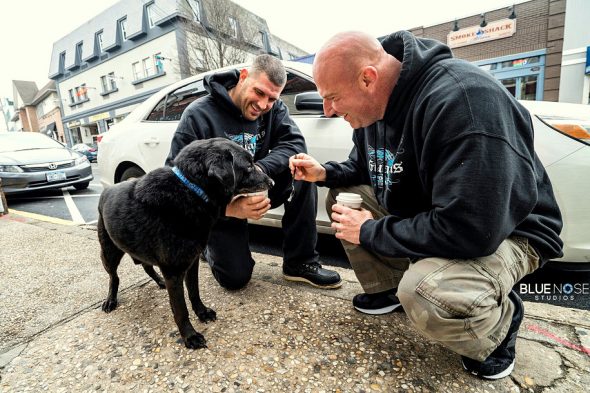 In addition to helping outside dogs, the Guardians also do everything they can for outdoor kitties and homeless veterans who cannot go to shelters because they have pets.  But they need help doing all this amazing work.  If you would like to donate, please click here.

In case you didn’t know, these heroes have even gotten their own show on Animal Planet!  New episodes air on Saturdays at 10/9C.  To watch the episodes that have already aired online, just click here.  (Really.  No downloading, no signing up.  Just click and watch.  There are, however, still commercials.)

1 thought on “Dog Chained Outside for 15 YEARS Is Finally Free!”