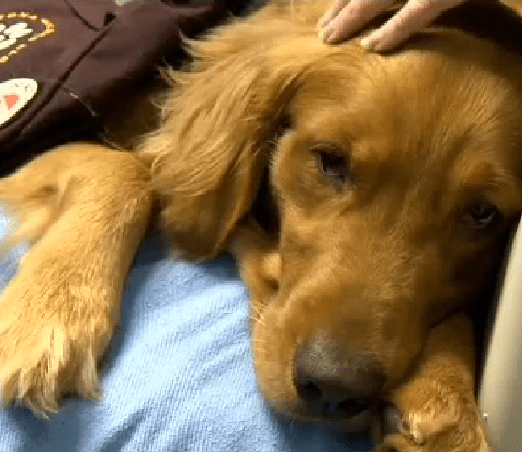 Tim Mullen is thankful to be alive and he is giving all the credit to his Golden Retriever Garth. When Mullen had a seizure and stopped breathing Garth, who is specially trained, called for help.

Mullen has suffered from epilepsy since he was 12. Garth is his service dog who can detect his seizures by scents on Mullen’s body. The two bonded quickly in training and that training saved Mullen’s life this week.

Mullen was alone at a relative’s home Monday night when a seizure occurred. When it happened Garth’s training kicked in. The Golden Retriever hit a button on an electronic bracelet that alerted paramedics.

When paramedics arrived Mullen wasn’t breathing, but thanks to Garth’s quick actions they were able to save him. He woke up in the hospital with Garth at his side.

“I started crying,” said Mullen. “He’s an angel. He’s sent down from heaven.”