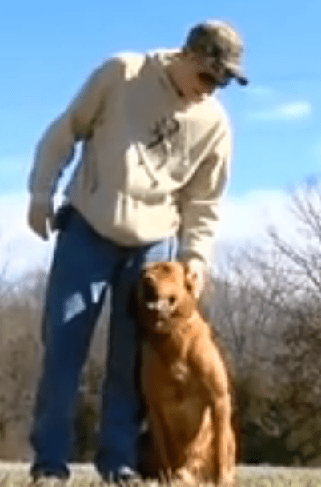 When Ricky Hatfield’s dog Maverick acted out of the ordinary and head butted him it very likely saved Hatfield’s life.

Hatfield and 2-year-old Maverick share a very close bond. Maverick is a well-trained retriever, which made his actions about a month ago concerning to Hatfield. “He head butted me right in the groin,” said Hatfield. “That is something he would never do, but he put his head down and hit me and then backed off and then looked at me for a minute, and I was down on the ground for a little while.”

“I was speechless because I’m 19 and you don’t think that stuff like this can happen to you,” said Hatfield. Luckily for Hatfield, he caught the cancer early and his prognosis is good. Doctors expect him to make a full recovery. That early detection is all thanks to Maverick, who Hatfield says started acting strange around a month ago, around the time when doctors believe he became sick.

Veterinarian Dr. Jim Parker believes dogs can be trained to sniff out terminal illnesses. “There is no scientific study that can prove it but certainly those types of coincidences happen enough that you got to wonder if there is no more to it than just purely coincidence,” said Parker. Hatfield has no doubt that Maverick’s actions were not a coincidence. “There is nothing better than having your first real dog that actually kind of saves your life.”