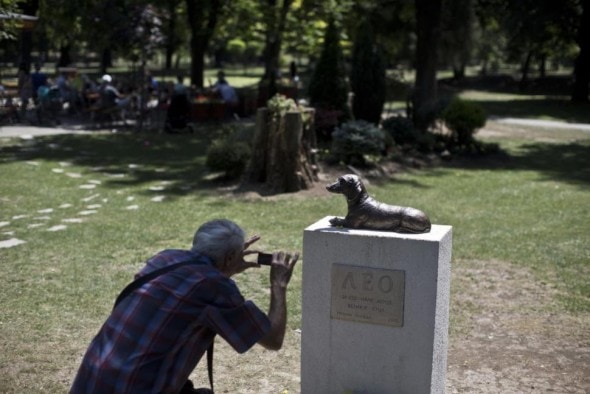 Leo was a Dachshund from Pancevo, Serbia.  Just like many small dogs, Leo loved to cuddle, and had never gone after another animal in his life.  Especially not anything bigger than the little guy, that’s for sure.  However, one day Leo was called to be a big, brave dog, and showed his bravery and love for his humans knew no limits.

Leo had to spring into action while playing outside with his human.  A rather large Bullmastiff went after the little girl that was playing with Leo.  He knew what to do, and jumped in between the little girl and the other dog, biting, snapping and snarling at the Bullmastiff, which was easily thrice his size.

In the end, Leo gave his life to save the little girl.  The citizens of the town have not forgotten about Leo and his sacrifice.  To honor him and his massive bravery, they have had a statue in his likeness erected in Pancevo City Park.

Nikolina Vucetic, the girl Leo defended, said, “I am so glad Leo has a monument, he turned out to be a real hero.  He helped me.”

It was the work of many animal advocates and activists that got the statue in Leo’s honor secured and paid for.  One of the activist groups said that this is the first statue in honor of a dog ever in the city, which is a huge step in the right direction considering Serbia’s less than excellent animal rights history.

Activist Ivan Kurajov  said,  “The idea was to raise awareness about how important animals are to us, and how they are always there for us when we need them.” 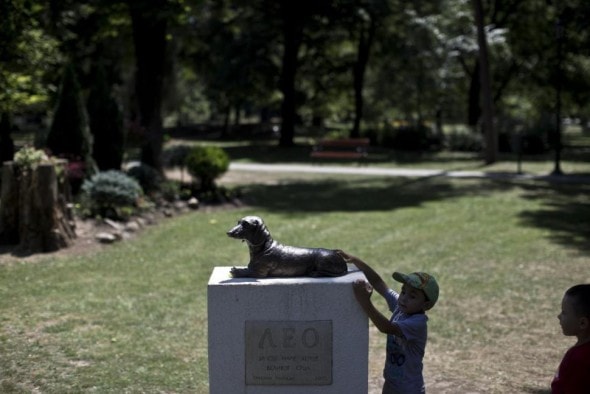