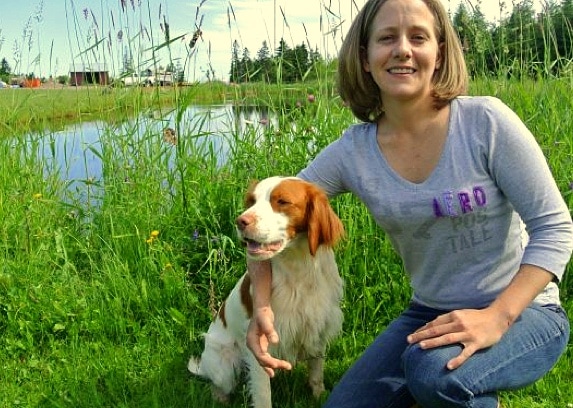 A Nova Scotia woman could have quickly lost her life in a battle against an aggressive raccoon while treading 12 feet of water, but knew that she didn’t have any other choice to keep her dog alive.  Because of her bravery, her Star is alive and well.

“It all started when we were getting ready to go to the Canada Day fireworks in Pugwash,” Dawn Simmonds told the Metro News.

“My dog had gone down to the ponds. She’s a hunting dog and she follows a muskrat that goes between ours and our neighbor’s pond. I heard a lot of barking, but she didn’t return when I called her. Just more barking. So I went down to see what was going on.”

Her stomach dropped when she saw her 37-pound Brittany Spaniel staring down a raccoon of nearly the same size.  It appeared that Star had backed the raccoon into the neighbor’s pond, but Simmonds knew that the situation was dire.

“My father warned us long ago if a raccoon feels threatened near water it will back into the water to draw the attacker in, and then drown them,” she explained.

She watched in horror as the raccoon backed further into the water, luring Star ever closer.  Emboldened by her seeming victory, the dog went after the rapscallion.  She circled it twice.  Once the trap was set, the raccoon lunged at Star and dragged her to the bottom of the pond. 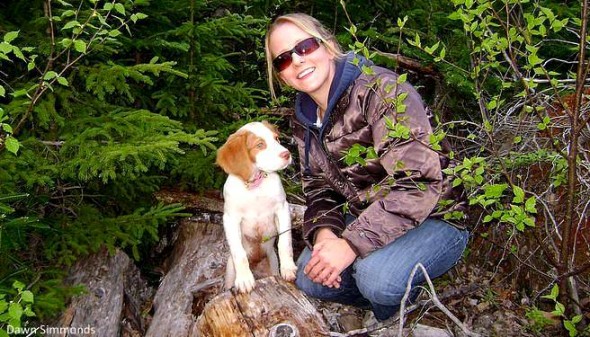 “I can’t believe what I did to save my dog,” Simmonds said. “My mama bear instincts kicked in. I kicked off my sandals and dove underwater and grabbed the raccoon by the back of the neck and Star in the other and separated them.”

Star sustained only a chomp on the snout, and swam back to the water’s edge.  Simmonds was still holding the raccoon in the 12-foot deep pond.

“I didn’t feel the bites at that time. It was pure adrenaline,” Simmonds said. “So, I pushed him down as far as I could into the water before I let him go and I swam up. He swam up away from me, gasping for air, and took off… it was an epic battle in the pond.”

Once out of the water, she called her sister to take her to the hospital.  On Friday she began rabies treatment – a needle in every single tooth mark the raccoon left – and Star will spend the next week under observation.

Though she is obviously not happy about having to undergo a series of painful injections, Simmonds doesn’t hold a grudge against her attacker.

“I think he was hunting frogs until Star came along. I was lucky it was not more severe.”

The raccoon survived, but has not been seen in the area since Wednesday.

“I think he learned his lesson.” 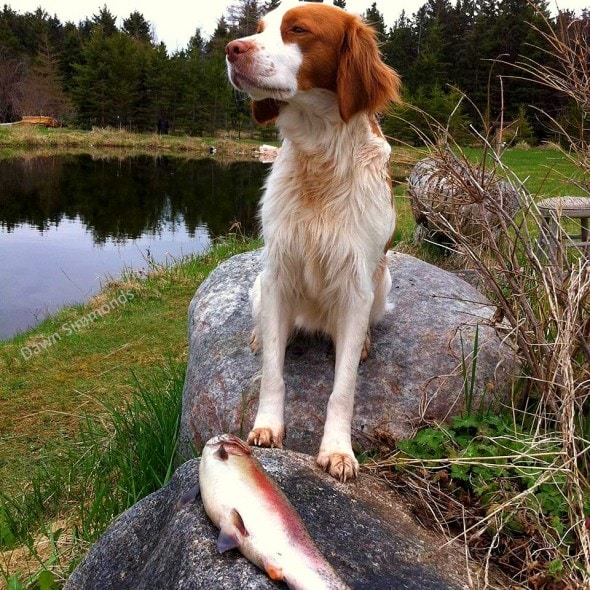