Poor Boo!  When his family moved, they didn’t take him with them.  Instead, they put him out to the curb with the trash that they left behind.  He was spotted lying on the mattress, just waiting for his humans to come back.

Facebook user Liz Marie was the one to come across Boo lying with the trash at the curb.  In her Facebook post, she describes how heartbroken she was just at the sight of him.  Her post came to the attention of Devin Oliver, the founder of the Detroit Youth & Dog Rescue.  He knew he had to go get him right away. 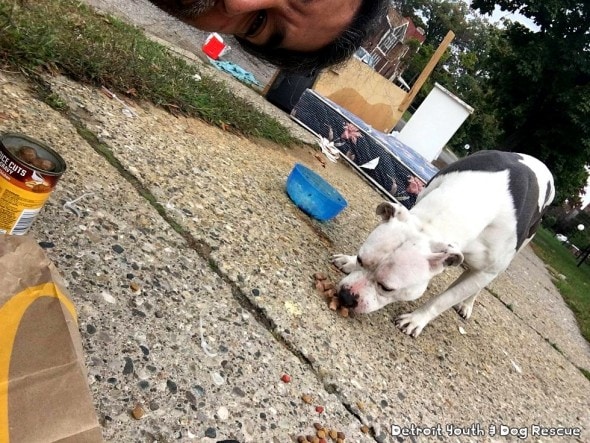 The rescue does not have a building, and is a network of volunteers and foster homes.  Mike Diesel, another founder and volunteer with the group, took on the task of collecting Boo himself.

“He was just laying there, being his loyal self,” Diesel told The Dodo. “Pillows were still on the mattress. Being the loyal dog he was supposed to be, he waited for his master to come back.” 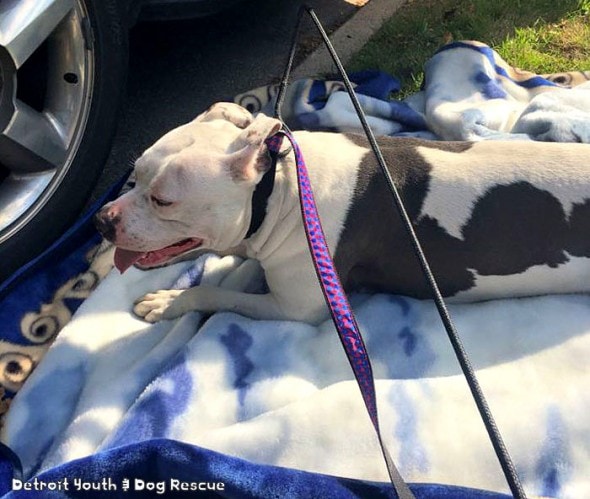 It would take a long time for Boo to learn to trust.  On his first day there, Diesel spent over 10 hours with him, just allowing the abandoned dog to warm up to his presence.  Some burgers from McDonald’s helped.  The next morning, Diesel came armed with a McMuffin and hash browns, irresistible to any dog.  After that, Boo didn’t mind being collared.

“Once I got that on him, I walked him for about half an hour.  Just being right there next to him, gaining that trust. After that we sat on the ground, on a blanket, for an hour.” 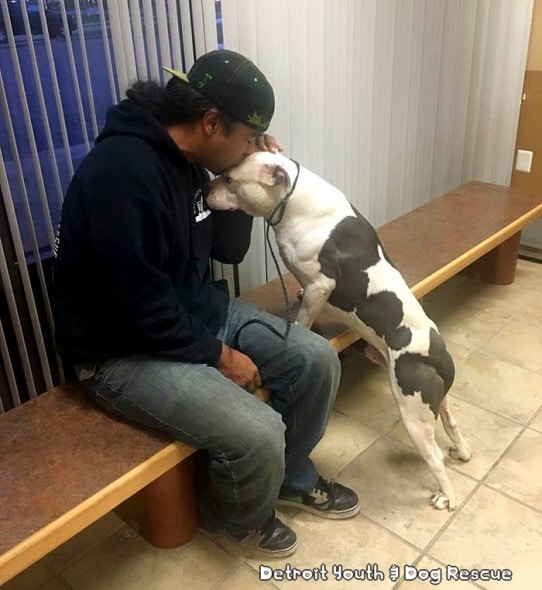 After all that breakfast and bonding, Boo allowed Diesel to pick him up and put him in his truck.

“We kind of talked to each other to make sure we understood each other’s feelings.  He knew I wasn’t going to hurt him. Then he let me pick him up.  I got him into the vehicle and we went straight to the vet.” 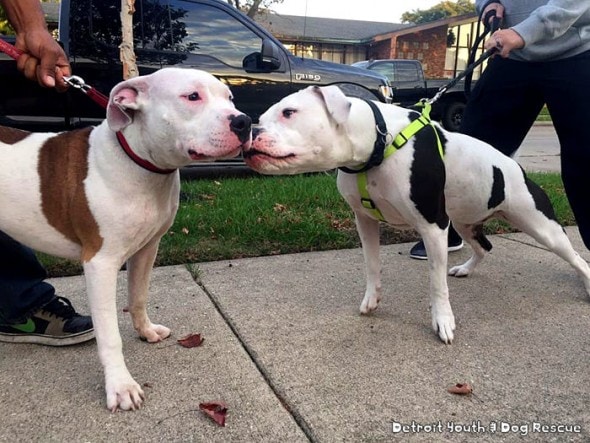 He is heartworm positive and will need to be treated before being adopted.  And though it took some time to trust people again, Boo seems to be very dog-friendly!

If you think that Boo could be the dog for you, you can click here to be taken to the rescue’s website for more information.