A German shepherd from Cambridgeshire, England, was rescued by firefighters after the pet fell into a manhole. The dog chased after a ball oblivious of the dangers present in the open field he ran in. 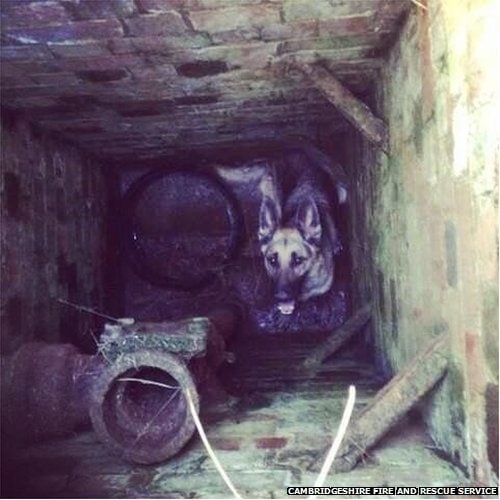 The dog, named Olly, was out on a walk with his owner at the former RAF Upwood station when the incident occurred.

Callum Faint from the Cambridgeshire Fire and Rescue Service told the BBC, the rescue was a bit unconventional for them.

In order to reach the pet, the hero men used a ladder to descend into the 10 ft hole and reach the one-year-old dog. 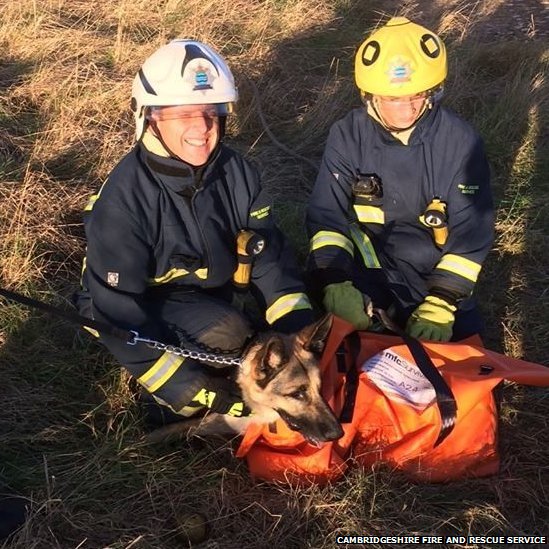 “We got him – and the yellow ball he had been chasing – out safe and sound,” said Faint. “RAF Upwood is an area of concern for the emergency services as there are numerous hazards on the site. It is a popular place for dog walkers so we would urge the public to be aware of the hazards and consider exercising dogs in other locations where there is less risk of both owner and animal getting injured.”

Lucky for Olly, he didn’t suffer major injuries in his fall. He is back to normal, playing as usual.