The San Diego Police (SDPD) in conjunction with the Los Angeles Sheriff’s Department (LASD) had been investigating a dog fighting ring that was suspected to be going on in Linda Vista, a suburb of San Diego, California.  On Wednesday afternoon, both law enforcement agencies pulled a raid at the suspected address, and rescued nine dogs in the process.

The investigation had been going on for months, and crossed from Las Angeles County, and into San Diego County.  When the warrants were served, law enforcement officials found four people inside the home, and nine dogs, one of them pregnant. 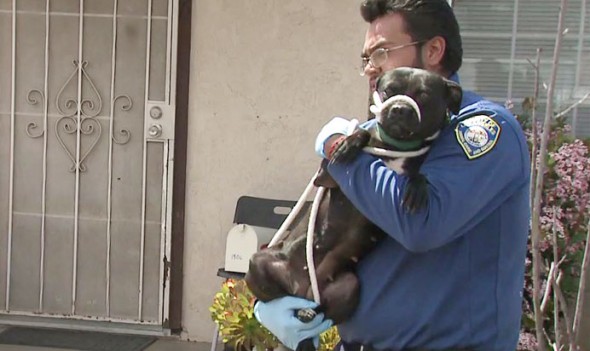 One of the people in the home at the time of the raid was arrested on drug charges that had nothing to with the dog fighting investigation.  The dogs were also removed, ad authorities expect that there will be many more arrests, as more suspected properties have warrants served upon them.

The dogs were clearly showing signs of having been in fights, or having been bait dogs in training for fights.  In the basement of the home where the dogs were kept, police also found what they described as a “dungeon training room.”  It contained heavy chains and treadmills, weights, belts and other equipment consistent with training dogs to fight.  As if all of that wasn’t evidence enough, there were even trophies that had been won by the trainer from various dog fights. 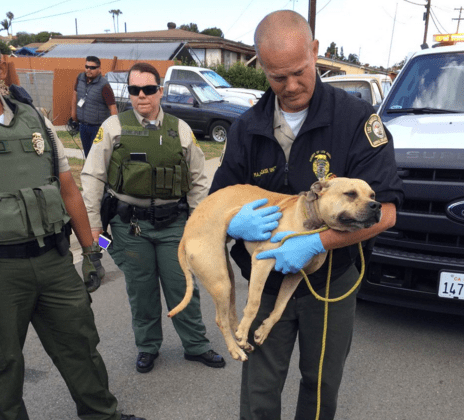 The dogs were definitely a bit more aggressive than your standard dogs, but no one is willing to make any calls on their fate, until there’s been a full evaluation done on all of them.  They have been taken to a vet in the Las Angeles area for medical care, and some rehabilitation.  Depending on the outcome of the rehab process, the dogs may then find themselves up for adoption.

The investigation is far from over.  Law enforcement officials say that at this point they believe that the dog fighting ring they busted on Wednesday is only a small part of a larger operation.  They estimate that they have counted as many as 1,000 possible suspects, some of them not only breaking California law by training and fighting dogs, but also transporting them back and forth from The United States to Mexico. 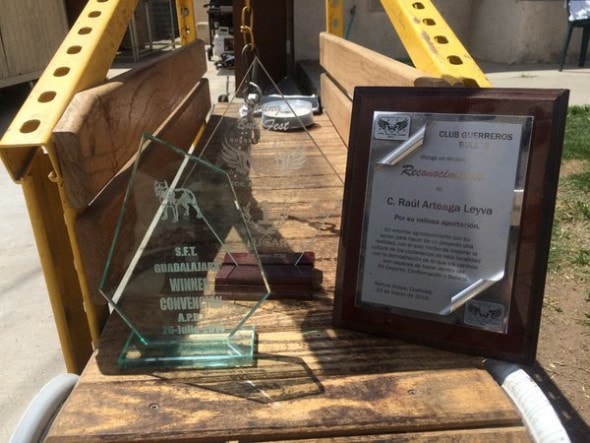 Make sure to check back with Life With Dogs regularly, as we will be covering any further raids and any subsequent arrests and rescues made in this case. 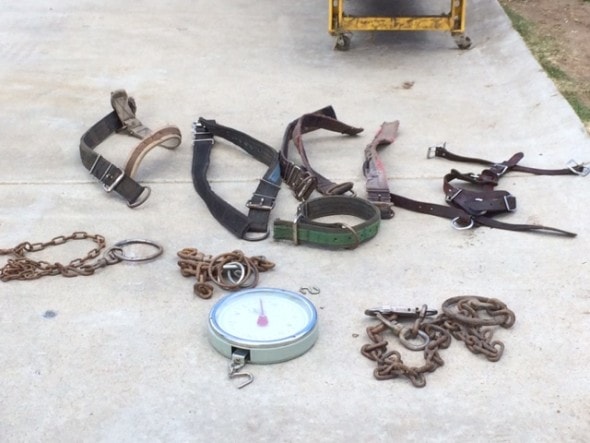