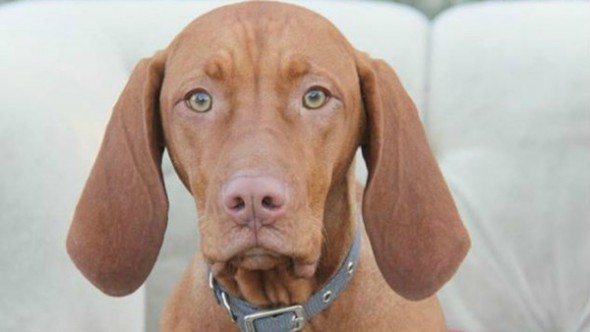 Penny, a dog that decided to take a bit of a road trip for herself is slated to be reunited with her family by this weekend.  Having been through places like Iowa and Pennsylvania, Penny cannot wit to come hope to her family.

The last two stops on her journey have her visiting an animal clinic in Pennsylvania to make sure her health is tip top, then she’ll be boarding a plane for a complimentary flight home via Alaska Airlines.  All of this is according to Penny’s Personal Facebook page.

“When she went missing, we thought she ran off and we were never going to see her again. We’re just happy knowing she’s alive,” said Kendra Brown, Penny’s owner. “I’m sure if she could talk, she’d have quite a few adventures to talk about.”

The whole thing started when Penny managed to get loose from hew owners.  From there, she was picked up by a truck driver, and that’s where he 2,400 mile trip to see the country began.

Eventually, Penny’s humans managed to track her down, and found out she had been traveling with a truck driver.  When he caught wind that Penny’s family knew he had her, Penny was dropped off at a truck stop.

“We were able to track him down and when he found out we knew he had her, he dropped her off at a truck stop in Des Moines, Iowa,” her family said.

No one is really sure how what happened next actually went down, but somehow, Penny managed to find herself in the care of a vet in West Township, Pennsylvania.  This information came from the animal hospital saying that Penny had been located for good, and was identified by the microchip implanted in her with good information still on it.

For the time being, Penny is hanging out being fostered, just to make sure she’s in tip top health before she makes the journey home to her real forever family.  She is set to take a flight from where she is near Washington D.C. and get on an Alaska Airlines plane for a ride back home to the Seattle Airport, where Penny will be back with her family again.