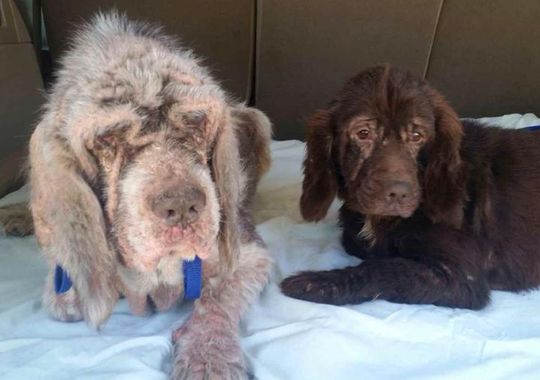 Angels Among Us Pet Rescue of Atlanta, Georgia rescued Denny and Drummond together back in November of 2014.  Both dogs, believed to be cocker spaniel mixes, had shown signs of serious neglect and abuse, and due to an unchecked eye and skin infection, Denny was left almost totally blind.

Even in the horrific state these two were in when picked up, they were still as sweet as a dog could ever be.  One of the founding members of Angles Among Us, Karen Wallace, picked up the pair from a vet so they brought to their shelter.  Even covered in sores and rashes, under-fed and very, very scared, they were just so friemdly, and Wallace couldn’t get over how affectionate the two still were. 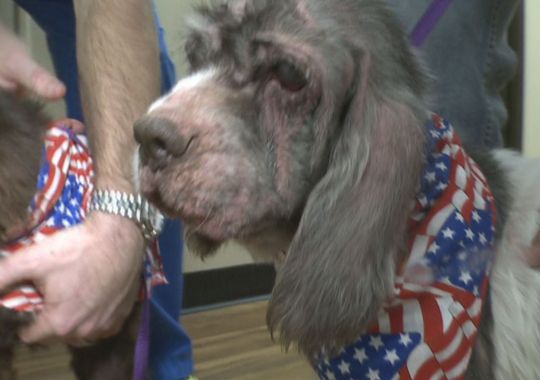 Over time, and with lots of love and medical attention the two were getting much better health wise.  However, it was noticed that Drummond pretty much refused to leave his best friend Denny’s side.  You couldn’t pry the two apart with a crowbar.

At first, it just seemed like a strong bond of kinship had developed between the two because of their similar backgrounds.  Upon closer inspection, it turned out Drummond somehow knew that Denny was suffering badly from cataracts and an eye infection, leaving him almost totally blind.  Drummond’s eyesight wasn’t exactly the best either, but it was enough to get the around safety, and Denny became a seeing-eye-dog 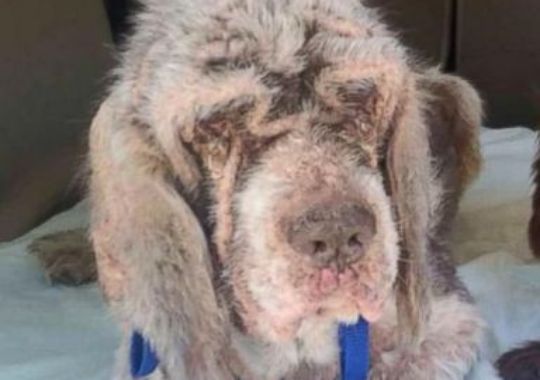 It’s pretty much a given that if anyone wants to adopt either of these guys, they come as a pair.  According to White, it’s a mandatory thing that they remain together after adoption. 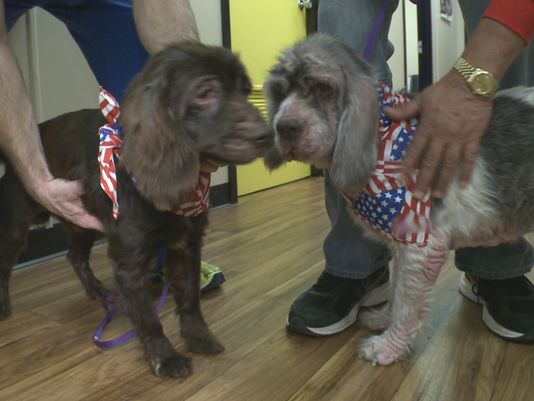 “I would say they’re definitely going to be brothers from here on out,” said White.

At the moment, both dogs are resting comfortably and are being kept well-loved and fed at the Chattahoochee Animal Clinic, as they continue to heal from many years of trauma and abuse.  Anyone wanting more information on the two can click on the link up near the top of the story or visit www.angelrrescue.org directly. 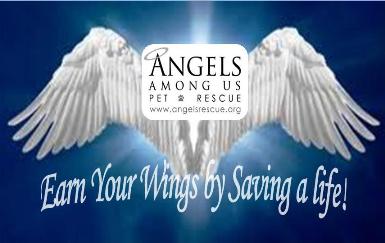