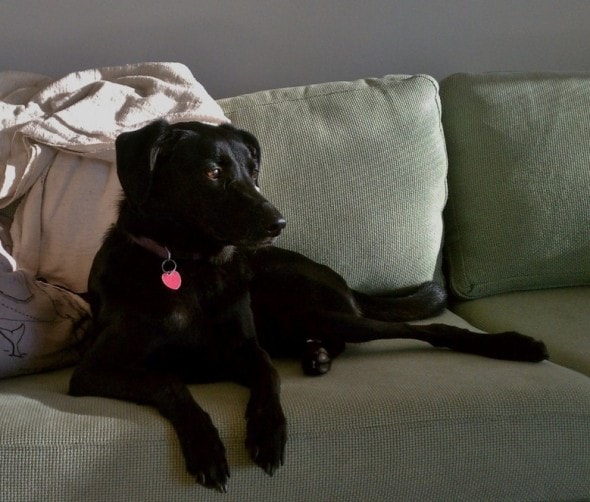 Egypt is a very brave dog.  She is being credited by the Seattle Police Department for her bravery in scaring off a would be burglar from her human’s home.  She did have a few cuts on her paws for her efforts, but otherwise wasn’t badly injured.

Around 2 pm Monday, police responded to a call on 43rd Avenue South.  A neighbor reported what they thought was someone trying to break into a neighbor’s house.  The person also observed that a window had been busted out on the home in question.

When entering the home, police could hear Egypt barking like mad.  They also saw there was some blood splattered in a few spots around the home.  It’s believed that Egypt may have cut her paws on the broken glass from the window the robber entered through.

The officers went back to their vehicle to get bandages and antiseptic.  They patched up Egypt’s paws, and made sure that she wasn’t also injured elsewhere.

Police then got in contact with the homeowner.  He got home and took Egypt to an animal hospital to be looked at.  She is going to require minor surgery to fix her paws.  The doctors at the animal hospital say that the injuries aren’t too serious, and Egypt will fully recover.