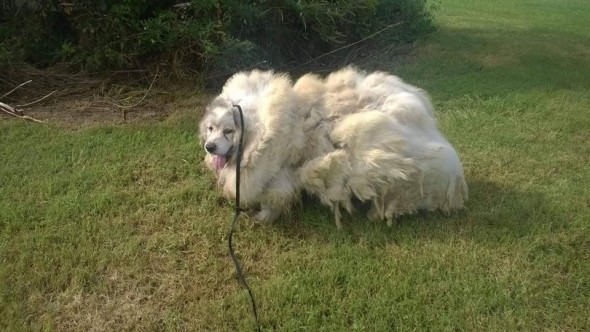 Lazarus has spent his entire life cooped up in a dark, smelly barn stall piled high with feces.  His owner didn’t care one iota for him, and gave him up now that they are terminally ill.  Lazarus has many medical issues, but at least now he has been freed from his prisons and is finally getting the chance to breathe fresh air and learn how it feels to be a dog.  You won’t believe how he looks now!

This Great Pyrenees is six or seven years old, and has been living in a desolate, cramped barn stall for that entire time.  He was never let outside, and was forced to live in his own filth as it accumulated over the years.  He knew nothing but loneliness, boredom, and severe discomfort. 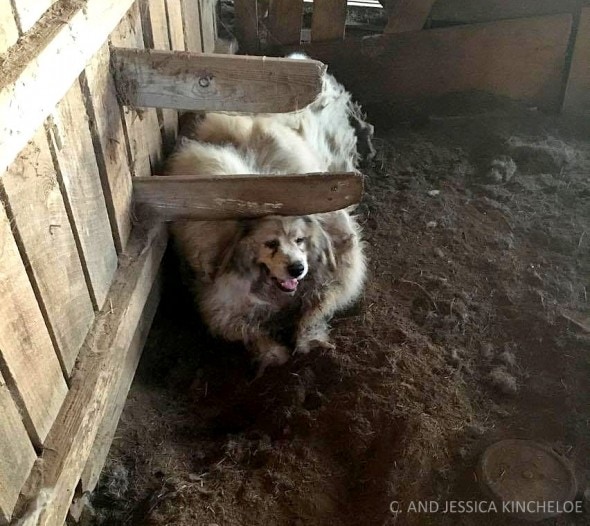 “You cannot imagine the squalor in which this dog lived and there are no words adequate to convey the horror. The person who owned him simply threw over his food and water to him,” Big Fluffy Dog Rescue explained on Facebook.  “Conditions were so awful they had to shovel feces to even be able to open the door to get him out. Not once before this picture was taken has this dog walked on grass or seen the sky above him. I can’t imagine how he suffered in sweltering heat. But for the actions of a good Samaritan who came out to rescue him, this dog may never have seen the light of day.” 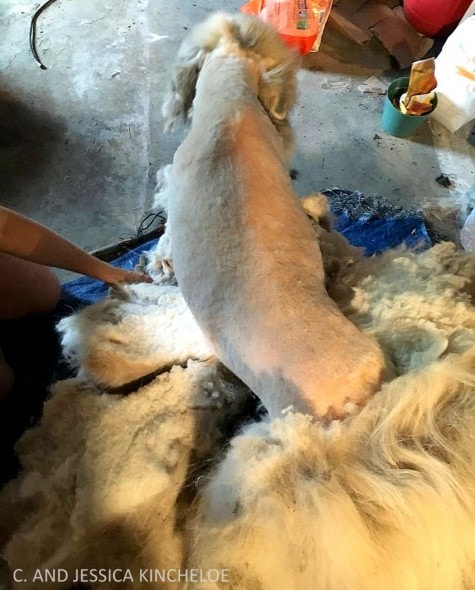 The first matter of business was stripping him of those mounds of matted, pain-inducing fur.  Dog groomers Jessica Kincheloe, and “C,” who asked to remain anonymous, came out to liberate him from his pelage prison.  Having never been groomed or even decently treated, he was uneasy about the procedure, but he soon realized how much better he felt because of their efforts. 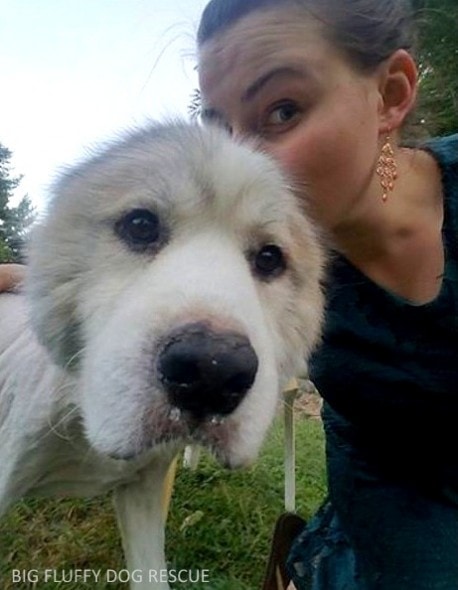 “Under all that fur, he has a broken tail, some tumors we will be checking out, and he is wobbly on his feet, but he is happy and I have great hopes for him,” BFDR said.  “Props to the groomers for getting him looking this good.”

No longer encumbered by that mass of hair, Lazarus began experiencing the world outside of his dungeon.  Walking is difficult, but the grass between his toes must feel sublime.  Being pet and loved on is strange, but he’s taking it all in stride.  And steak is gooood!

Many people wish to see the former owner charged with abuse, but as this person is terminally ill, the courts will not waste the time or money to move forward with a case.  Lazarus has a long road of recovery ahead of him, but he is now with people who are making up for all the kindness and attention he has been lacking all these years.  If you would like to donate to what will be costly medical care, please click here, or here to donate via PayPal. 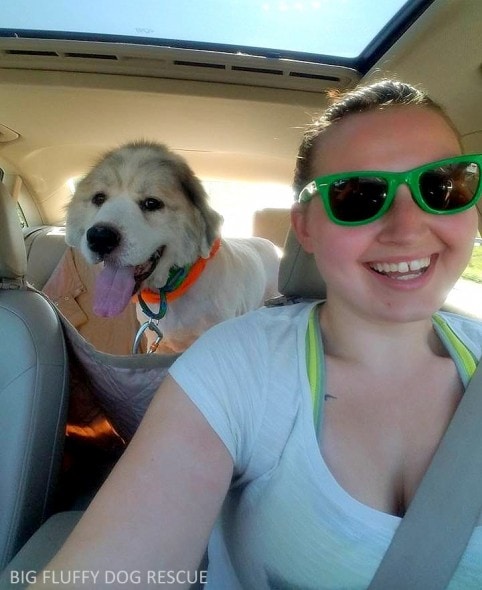