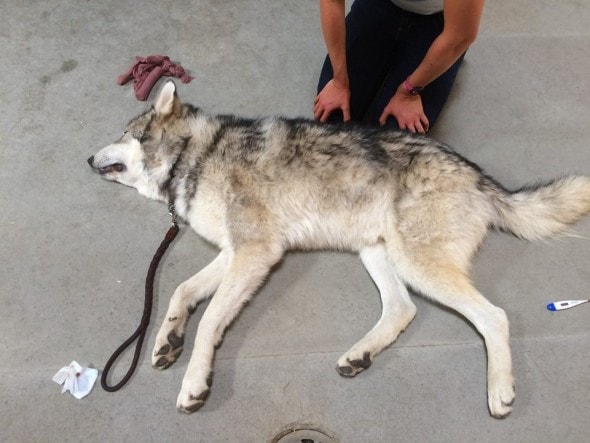 When Julia Di Sieno, executive director and cofounder of California’s Animal Rescue Team (ART) came across a “dog” for sale on Craigslist, she was immediately suspicious.  Poor Rex looked miserable, and in desperate need of rescue.  It took a lot of hard work, but Di Sieno finally managed to convince the seller to give up the “dog” in question, and he’s a much happier dog today. 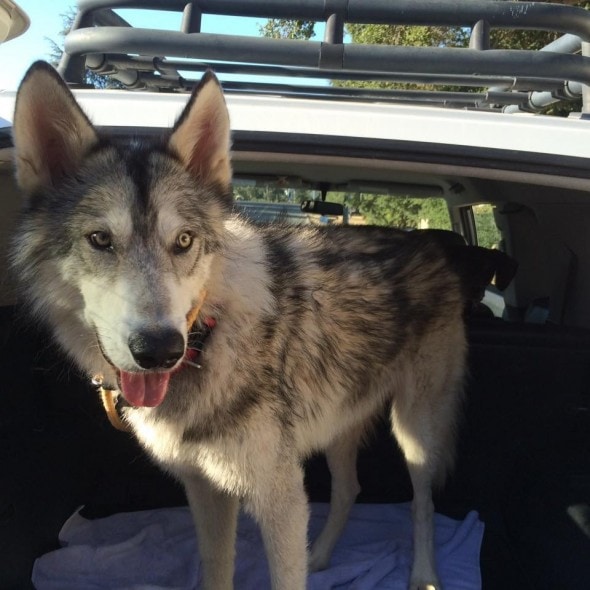 “According to the 20-year-old that owned Rex at the time, he claims that he purchased Rex on Craigslist, which is really shady,” said Di Sieno to The Dodo.  “You just don’t advertise animals on Craigslist, ever. He was not forthcoming with any information.” 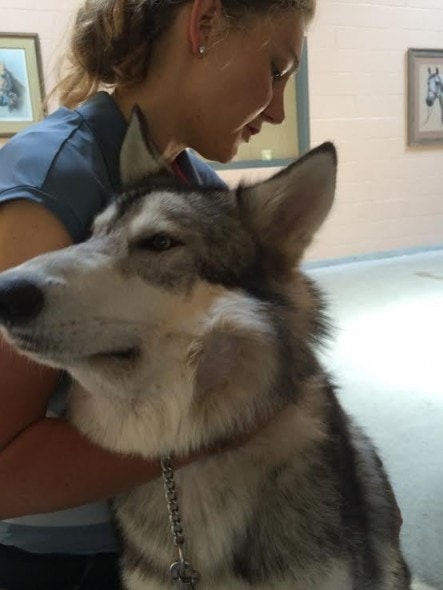 This student spent a lot of time avoiding the rescuers.  The real problem, besides the obvious neglect that Rex was dealing with, was the fact that Rex isn’t really a dog.  He’s what’s called a high content wolf dog.  Basically, this means that Rex is actually more wolf than dog. 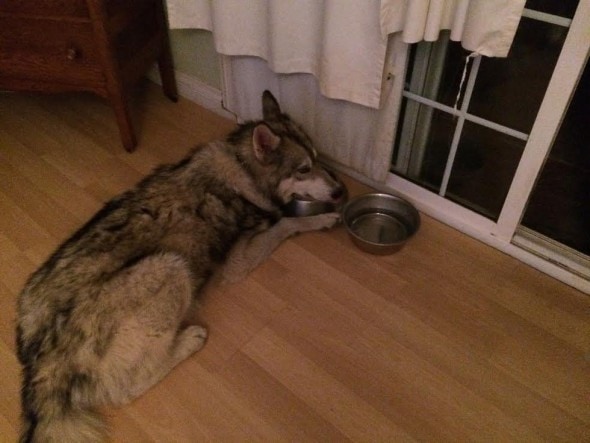 “He was neglecting the animal by keeping him in a confined, cramped crate,” said Di Sieno.  “The dog was only 42 pounds when his normal weight should have been 90 pounds.” 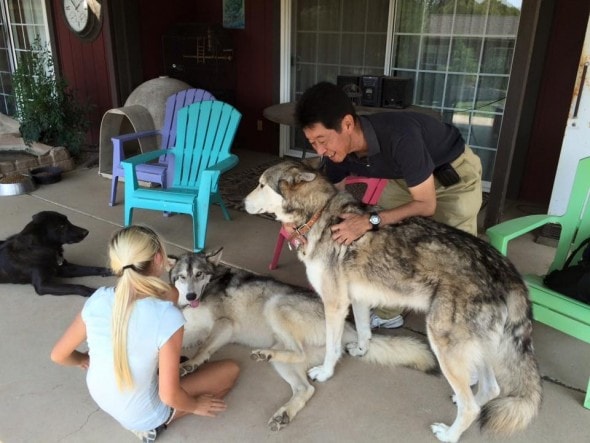 The rescuers kept bothering the student, and eventually even his roommates, to give Rex up.  Try as they may, he just wasn’t willing to cooperate.  They went after these people for months, and finally their persistence paid off. 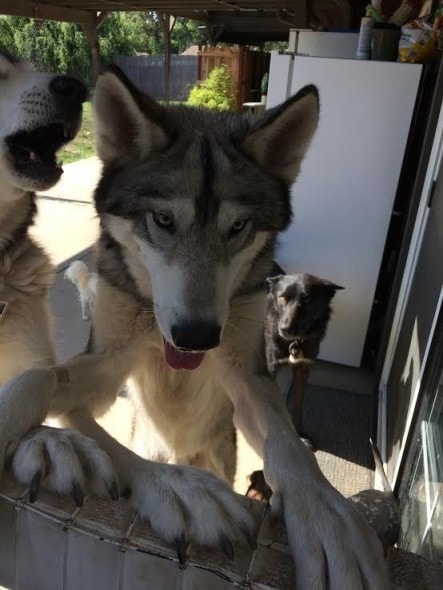 Di Sieno brought Rex home to recover with her first.  She had two of these animals already, so she is well versed in their care.  It was hard work, but Rex eventually started to gain some weight, and get a lot of his health back. 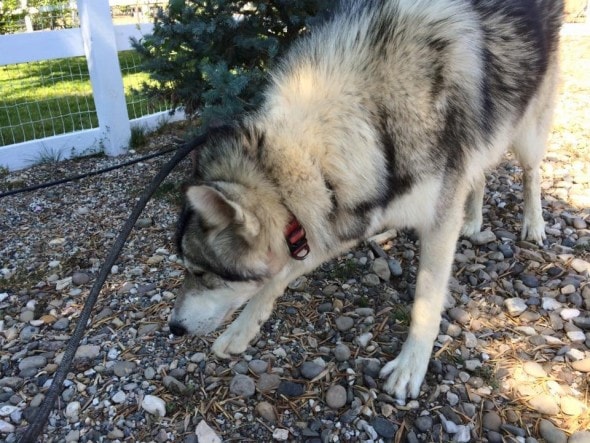 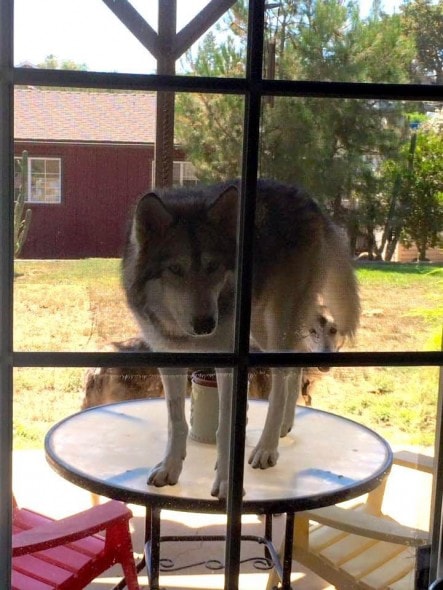 Once he was healthy again, the natural next move for him would have been to be sent to a sanctuary.  Wolf dogs sent to sanctuaries typically fare much better than those in captivity, however, with his sweet and affectionate demeanor got Di Sieno thinking that trying to find him a home with people that could actually take care of him. 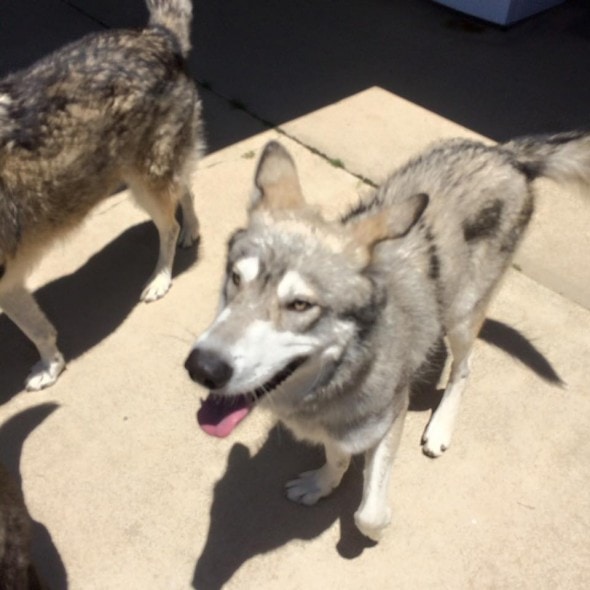 The first family that brought Rex didn’t take very long to realize that he just wasn’t a good fit.  They brought I’m back about 12 hours later.  After that, there was one other family that would come and meet him, and it was a match made in heaven. 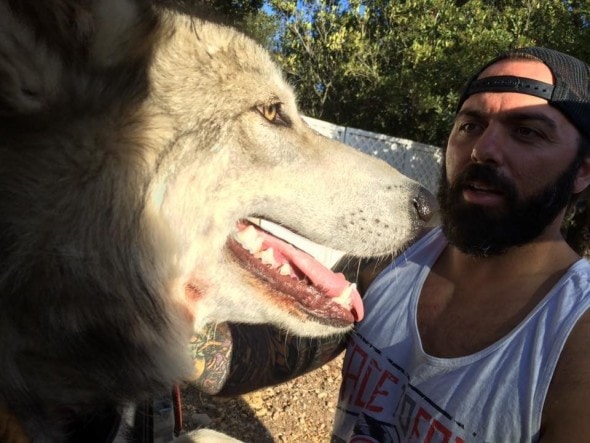 When the potential new family showed up they had their other dog with them, also a large breed.  It was love at first sight.  The family bot along with him so well, they brought him home that day.  It was a bit slow going with adjusting to the new surroundings.  But his new family has lots of patience with him, and he seems to love them very, very much. 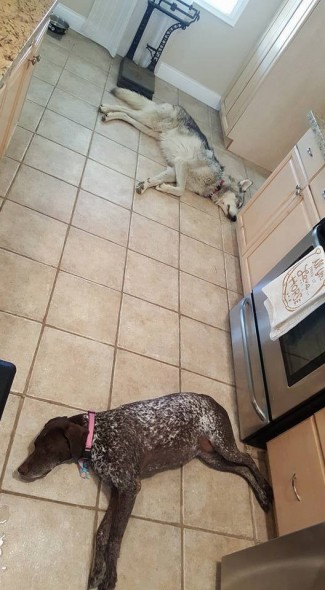 If you’d like more information on the Animal Rescue Team, or to make a donation to their cause, you can click here. 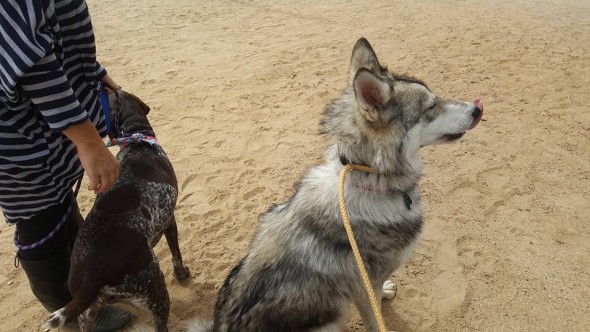