A pit bull named Caitlyn nearly lost her life because of the cruelty of one man, who has since been arrested for tightly taping her snout shut.  Now she is getting tons of love and care, and is healing very well.

A 15-month-old chocolate pit bull mix was found on the porch of a South Carolina resident who called 911 after seeing what horrible shape she was in.

She was taken to Charleston Animal Society, who got her immediate medical attention.  The blood flow had been completely cut off from her tongue, making the situation quite delicate.

Her story was posted on their Facebook page, and people began sharing it with the hashtag #Justice4Caitlyn in an effort to find her abuser.  On Monday, North Charleston police arrested William Leonard Dodson on the felony charge of animal torture.  Bail was set at $50,000. 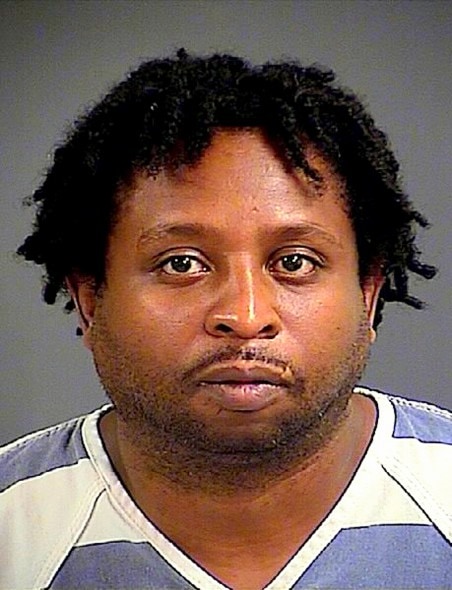 “I don’t think $50,000 really matched the pain and suffering Caitlyn has had to go through,” Roman said after the hearing, according to the Post and Courier. “She is healing, but the damage has been done.”

Another dog was removed from his home, and court records state that Dodson “can not have [possession] of any animals.”

Caitlyn’s previous owner told WCIV that he sold her to a stranger for $10 on Memorial Day because she was tearing up his house and he worried that he might be evicted.

“Don’t let me find you, that’s all I can say,” the man said about his former dog’s abuse. “Because that’s part of my family that you just did some foul things to.”

However, an affidavit released during Dodson’s bond hearing, “paints a slightly different picture of what happened to Caitlyn, who had previously been named Diamond.”

Dodson is reported to have bought the dog for $20, but returned the next night to tell her former owner that he had taped her mouth shut because she wouldn’t stop barking.  The anonymous prior owner said the man laughed when he told him that. 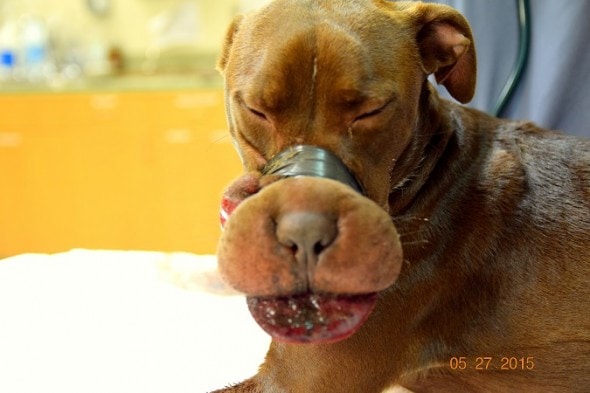 The affidavit stated that the owner “had known Dodson for a least a year and said he is ‘like a brother.’”

Dodson faces up to five years in prison and a fine of $5,000 because he caused “excessive and unnecessary pain and suffering.”

Caitlyn, meanwhile, is recovering better than caregivers might have expected.  She is being treated at Veterinary Specialty Care in Mount Pleasant.

“This was intentional, someone was trying to hurt her,” said Dr. Kelli Kline. “They did it — they did what they went out to do. I am very, very surprised that she’s healing at this rate.”

She will be receiving cold laser therapy to encourage healing in her tongue, and just today she underwent surgery to have her lips and cheek fixed.  She is reportedly doing well, and will be eating and drinking on her own soon. 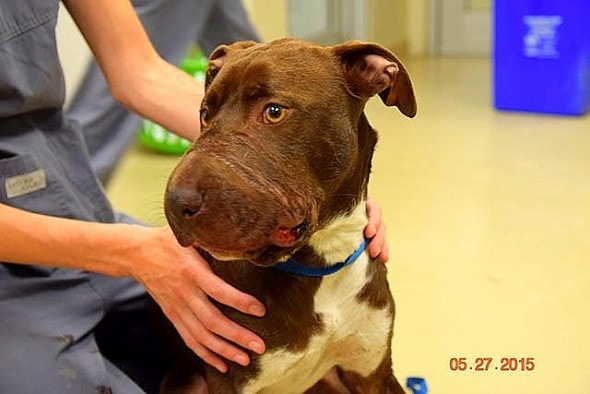