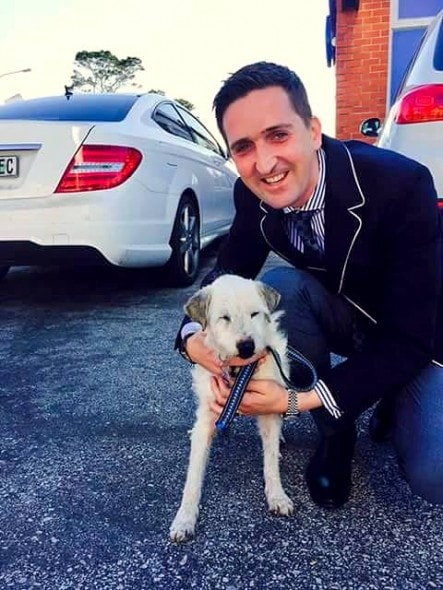 From the time he was a seven-week-old puppy until the age of fifteen years, Chip has been in a shelter.  This is a pitiable life for any creature.  But when one man found out about this, he made it his mission to give him a home for the rest of his life.

Chip knew no life other than that of his confined area at the Save-a-Pet shelter in Port Elizabeth, South Africa, and it didn’t seem likely he would ever know what a real home is.  At 15, time was running out.

Debbie Gillett posted a plea on Facebook for someone to adopt Chip.

The little dog in the attached photo is Chip and he is 15 years old. Chip was taken to Save a Pet in Greenbushes when he was a 7 week old puppy. Today, 15 years later Chip is still at Save a Pet. Chip has NEVER had a home, NEVER had a family to love and cherish him, NEVER had someone to play with him or take him for walks, NEVER had a warm bed to sleep in or a human to cuddle up to. His ENTIRE life has been spent in an enclosure at a no-kill shelter here in Port Elizabeth. I can’t think of anything worse than to die having spent your ENTIRE life in an animal shelter. Yes, Chip has food and water and a kennel and he is way better off that hundreds of thousands of other dogs out there but it is just so sad that he will die never ever having had the experience of life in a home. 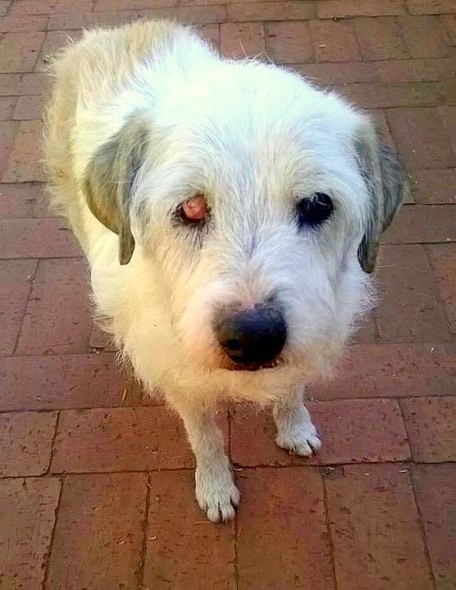 Chip probably doesn’t have much longer to live, he has a skin problem, he has problems with his eye-sight and I know I am asking a lot – actually I am asking for a miracle (but I believe in miracles). I am asking for someone out there to step forward and open up their heart and their home for Chip so that he can experience a loving home before he dies.

A man called Jaco Rademeyer stepped forward and adopted Chip.  When he saw the salt-and-peppered old guy, he knew he had to give him a forever home.

Chip will have a happily ever after, but many dogs in his position will never have the chance.  Save-a-Pet has many dogs who have spent their entire lives – 12 years or more – at the shelter.  You might not be able to adopt them, but you can help get the word out to those who can.  Please share.

To see more adoptable dogs in South Africa, please click here.  If you would like to adopt any of them, please call 041 372 1780 and ask for Jacky.