When Jack Cushman of Bethesda, Md., spent the holidays with family up in Lake Sunapee, New Hampshire, he brought along his 16-year-old dog named Zorro. Cushman didn’t know that on his way back, his dog would be involved in a rollover crash and he would get lost. Fortunately, there were no major injuries from the car crash and Zorro was found unharmed 12 hours later. 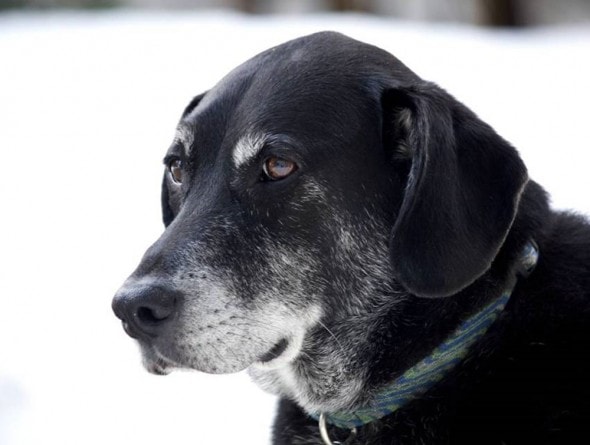 According to a report by the Vermont State Police, David Andrews fell asleep three hours into the trip while on Intersate 91. He was driving at 60 miles an hour. The vehicle rolled over after hitting snow but fortunately, it came to a stop in a patch of small trees. David Andrews was unharmed, but he was trapped inside the car. The dog on the other hand was nowhere near the vehicle.

Lynnwood Andrews believes he loyal canine climbed through a broken window, or fled when rescuers arrived.

“I asked immediately, ‘Where’s the dog?'” Andrews told NorthJersey.com. “He disappeared. We were afraid, of course, that he was going to freeze.”

While Andrews’s parents were taken to a nearby hospital, eight members of her family started to search for Zorro. The search lasted until sunset but unfortunately they did not find the old, loyal pet.

Vermont State Trooper Matthew Steeves came back to the scene of the accident 12 hours later, and he spotted the dog walking down the highway. Immediately, he grabbed a blanket, covered the senior pet, and drove him to one of Andrews’s family member’s home.

The 16-years-old dog is deaf, has poor vision, and suffers from a tumor on his right hind leg. The night of the accident he was also cold and scared, but fortunately unharmed.

Zorro and his family were reunited and everyone is glad they all survived the rollover crash.