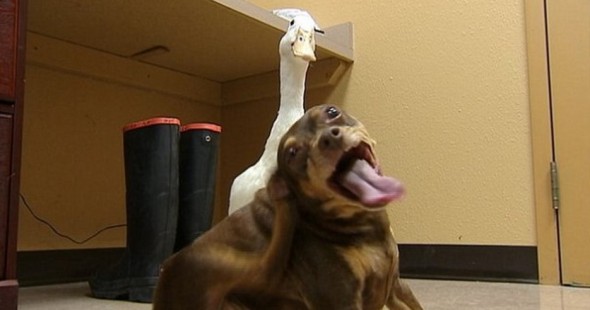 No one wants to see a great relationship end.  Well, a dog called Sirence and his duck best buddy called Thing Two don’t have to worry about that.  They’ve been adopted as a pair, and will stay together forever. 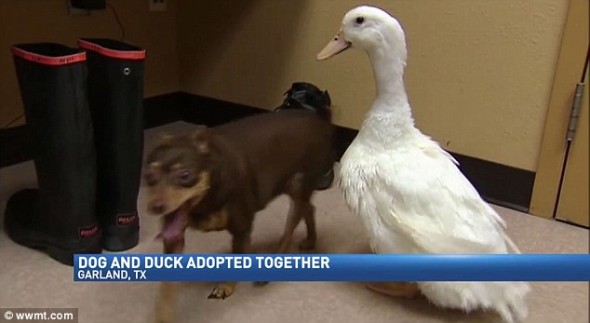 Staff members at the Garland Animal Shelter in Texas were worried that they wouldn’t be able to leave the shelter together.  All too often, they see animals come in as a pair, or pair up while there.  However, their “ultimate goal” of seeing them leave together as well is a rare achievement, indeed.

As luck would have it for these two, the right forever family came in to the Garland Animal Shelter, and they get to leave together, as best buddies and brothers from another mother!  Although the volunteers at the shelter were sad to them go, they were happy to know they’d be together.