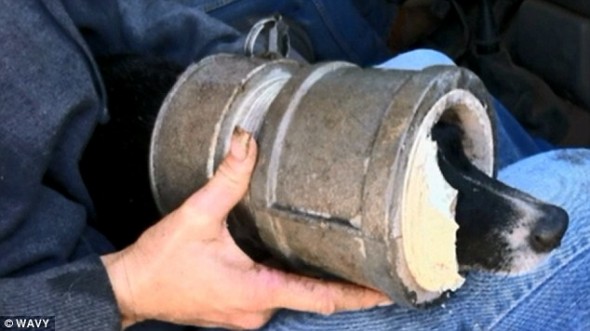 A Jack Russell terrier got into some trouble after trying to chase a squirrel through an irrigation pipe. The squirrel made it through, but the dog became stuck. Firefighters and a veterinarian helped save the dog.

On Monday the dog was chasing a squirrel at his home in San Luis Obispo, California when he attempted to follow the squirrel into a 4-inch irrigation pipe. The squirrel had not trouble making it through the pipe, but the dog’s head became stuck.

The dog was taken to a local animal clinic where veterinarians were able to successfully sedate and free the dog from the pipe. The dog is now resting at home.