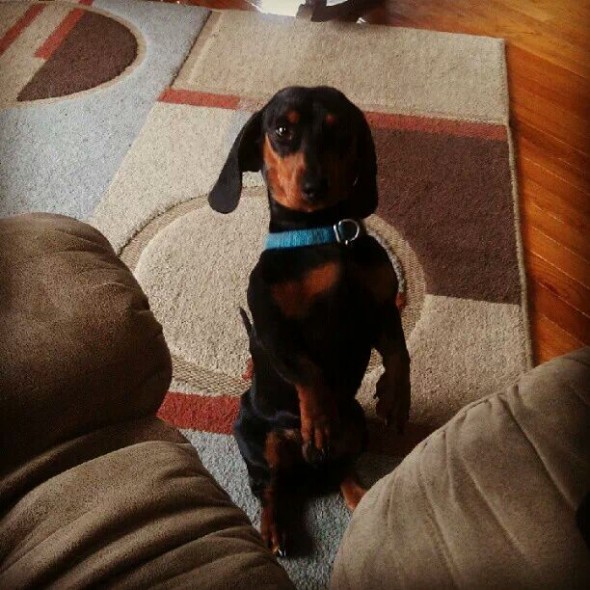 Bradley was only 4 pounds, but that didn’t stop him from taking on a black bear to protect two men. The dachshund is being credited with saving those men’s lives and heroically giving his own life to do so.

On Saturday a group of friends were visiting John Force at his home in Oscoda County, Michigan. Two of the friends decided to venture out into the woods and took Bradley along with them.

They were riding in a golf cart when they came across a mama bear and her cubs. The two men knew they were in trouble but then Bradley came to their defense.

“Brad jumped off the golf cart and attacked the big bear, they got into a scuffle,” said Force.

The two men were eventually able to scare the bear away with loud noises, but Bradley suffered severe bite wounds. He was rushed to the animal hospital, but he would not survive.

The Force family says Bradley was always fearless and protective, even more so than the Force’s larger dogs.

“He was only four to five pounds, but in his mind I think he thought he was 100 lbs,” said Lisa Force. “I would expect him to protect me before the Rottweilers probably.”

His fearless actions helped save the Force’s friends.

“I believe honestly the outcome would’ve been different if Brad had not been with him,” said Force. “If the bear had attacked Brad, it certainly would’ve attacked the men who were bigger than Brad.”

The Force family misses Bradley, but they are proud of him.

“It ain’t the size of the dog in the fight, but the fight in the dog that counts, and that sums it up for Bradley.”