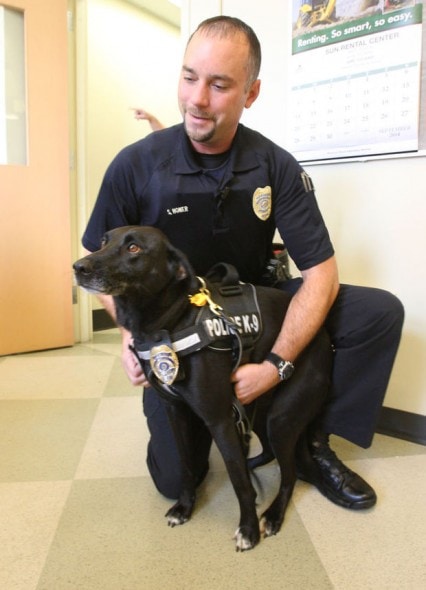 Buster the Labrador mix is a real Cinderella story.  Not too long ago, he lived the life of a street dog.  Now he’s not living on the streets, but helping law enforcement officials keep the streets safe.

Buster had been picked up wandering around an RV park that was next to a four lane highway.  Most of the time for a street dog in a high traffic area like that, prospects are not very good.  He had no home, no regular food, and there was always the constant threat of being hit by a car.  The only thing Buster had at all was a shock collar.

Everything for Buster changed one day when a K9 trainer crossed paths with him near the RV site.  The trainer was able to bring Buster in, and the search for his humans was quickly underway.

Weeks of attempts to locate Buster’s humans had failed, but all hope was not lost.  Sharon Perry, the owner of Southern Star Ranch, had noticed that Buster displayed quite a few traits that would likely make him a good search dog.

“He likes to play ball.  That’s the most important thing.  He would do anything for his toy,” said Perry.

It was decided to put Buster through his paces and see if he had what it took to be a drug sniffing dog.

It was clear that Buster had what it takes, so next he needed a handler.  Thankfully, the Butte, Montana police department was in the market for an addition to their team.  Officer Steve Honer went to Buster’s hometown in Texas, and the connection was instant.

According to Perry, “When they met, it was love at first sight.  Buster just jumped on his lap and that was it.”

Officer Honer is very excited to have Buster as his new partner.  The pair have been training as much as possible, to really fine tune Buster’s already excellent search dog skills.  Buster really seems to love his new partner as well. 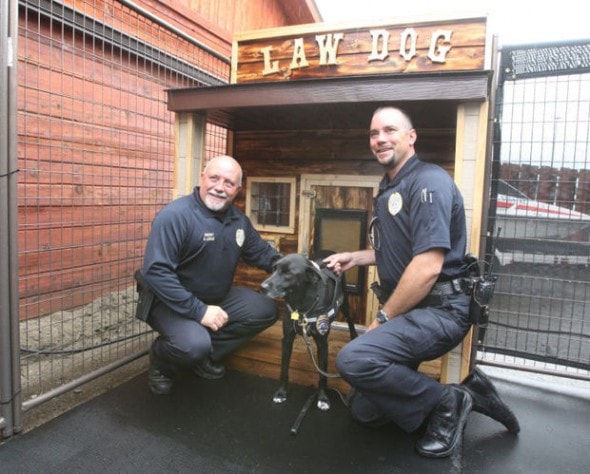