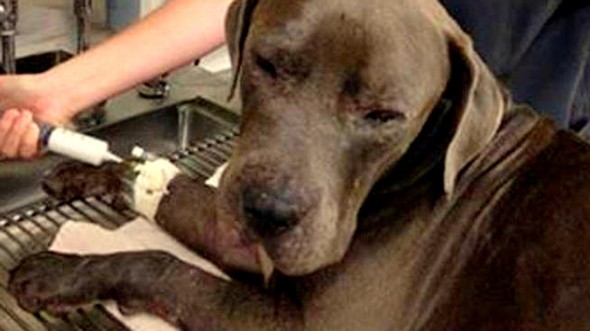 A dog who spent two days in the sweltering heat of North Texas with his hind leg caught in a barbed wire fence has been rescued.  He suffered a number of cuts (leading to an infection) and heatstroke, but is now recovering, and will likely be needing a home.

Over the weekend, Dallas firefighters came to the rescue of the dog, named Indy Justice, who was reportedly trapped in the fence for at least two days.

“The fireman says that he carried him a quarter of a mile back to the truck,” DFW Rescue Me said. 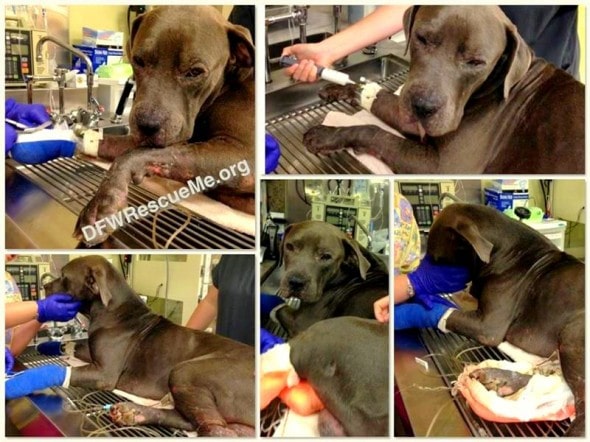 He was badly dehydrated, and EMTs started him on an IV.  A veterinarian determined that he also had heatstroke, in addition to a number of severe cuts all over his body that lead to an infection.  His feet were swollen and bleeding.

Indy Justice is on IV antibiotics and is slowly improving.  He is also receiving hydrotherapy with the hope that his badly wounded hind leg can be saved.  An amputation would cost about $1,500, and even more to save it – but that is the goal.