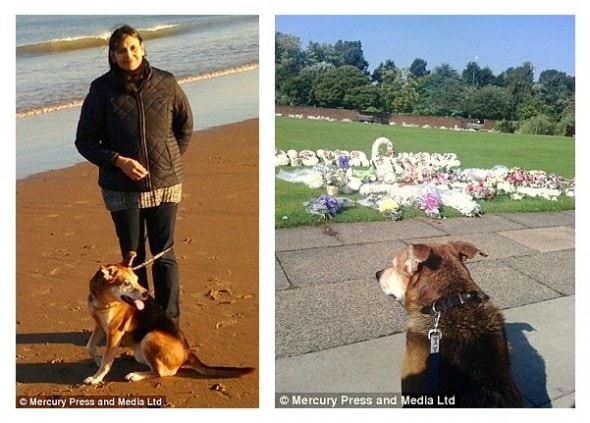 Jeanette Scully spent months in agonizing pain, going to dozens of appointments before finally being diagnosed with the rare cancer that claimed her life.  Though her husband is doubtlessly grieving for her, their dog is missing her more than anyone could imagine.  He has cried for her every night since she died last August.

Though Jeanette was initially diagnosed with fibroids, the UK woman’s doctors struggled to diagnose her correctly after 58 appointments.

“Jeanette was going backwards and forwards to different medical appointments,” husband David explained to the Daily Mail.  “Jeanette would scream so loud she sounded like a fan at a football match. It was awful. She would say, ‘I know it’s not fibroids. David, please help me.’”

She found herself in an ambulance because of one episode, and was sent home with painkillers.  Their Collie-Alsatian mix Jerry knew it was serious.  He would always sniff at Jeanette’s abdomen, where she felt excruciating pain.  Since 2012, she also suffered from rectal bleeding and back, hip, and thigh pain. 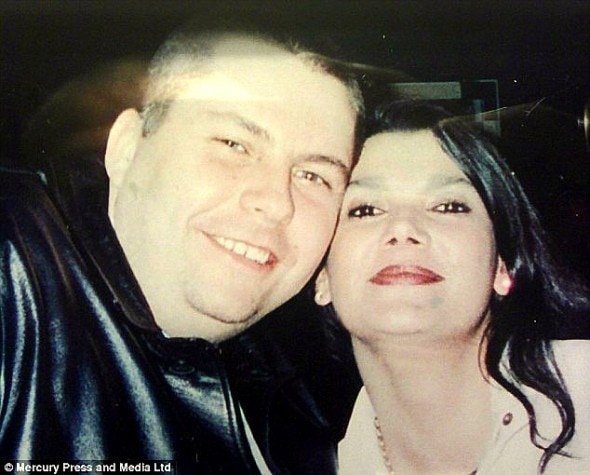 “She was in so much pain that she would be physically sick when she went to the toilet. She would fall on the floor and I would pick her up. It broke my heart.”

In May of 2015, David took her to a walk-in clinic, and at the sight of Jeanette, a nurse broke down in tears.  The next day she went to a hospital, where a CT dye scan revealed that she had a tumor that started in her uterus and spread throughout her abdomen.  But by then it was too late for anything to be done.

“By the time we knew about the cancer it was too late. The cancer was at a stage where they couldn’t do anything to save her or prolong her life. All of her insides were fused together.

“Jeanette never wanted to know how long she had left. She was hoping she would have another year.

‘In June I asked the Macmillan (a cancer charity group) nurse how long we had left with her. I was expecting her to say months to a year but she said, ‘I wouldn’t be surprised if she wasn’t here tomorrow.’ I just broke down.” 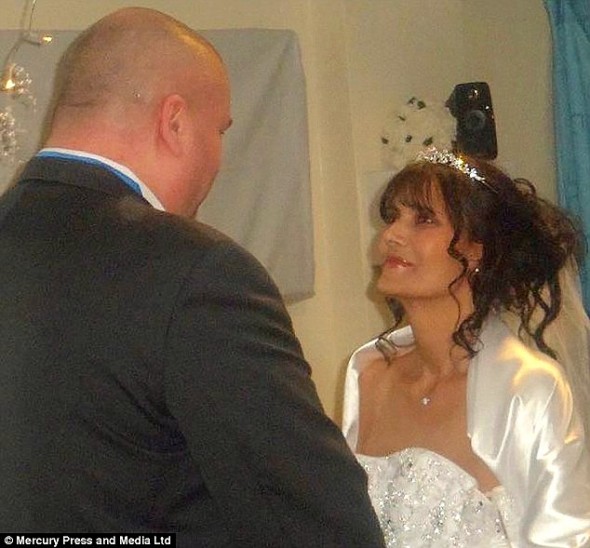 The couple had been engaged for 21 years, and a month before she died, Jeanette and David got married.  It was one of the happiest days of their lives.

Not long after, she was moved to hospice care.  She died on August 11th, and Jerry was at her bedside when she went.

“We never had children but we had Jerry ever since he was a puppy. Jeanette bought him off a friend more than ten years ago and he was like her child.  He was there in the hospice when she passed away. He was sitting at the bottom of the bed.”

David says that since his wife died, Jerry cries in his sleep, and becomes distressed when videos and voice recordings of Jeanette are played. 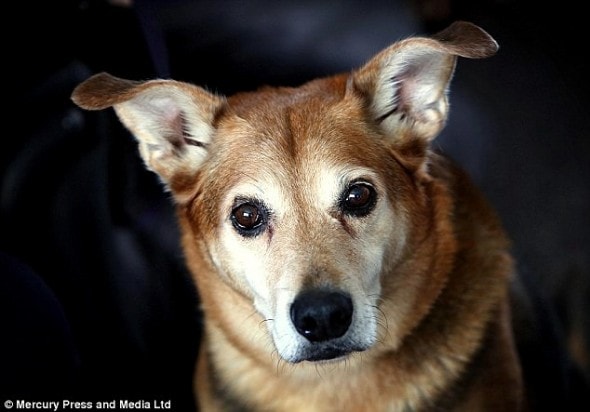 “Ever since Jeanette died, Jerry has cried and whimpered every night. I have to wake him up and say, ‘calm down, son.’

“I have videos of Jeanette on my phone, and there is one where she calls Jerry’s name. I was watching it a few weeks ago and he ran in with his ears pricked. He misses her so much. We both do.”

Though nothing will bring her back, David has filed a claim against his wife’s doctors and the City Hospitals Sunderland NHS Foundation Trust.

“Jeanette was my life. My entire life has gone. I want to make sure nobody ever has to go through what she went through.”

Hopefully someday the pain of losing Jeanette will fade for both of the fellas who are missing her so dearly now. 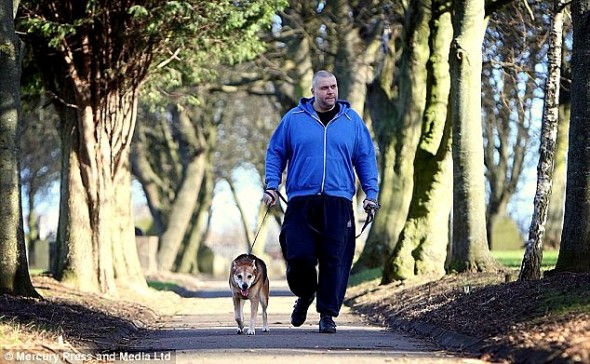