Kya’s favorite thing in the whole world is her Santa rope toy.  It doesn’t matter what time of year it is, she has to have it.  So when the opportunity came up for pets to have their picture taken with Santa, her family jumped at the chance.  They knew she would be happy, but her total exhilaration blew them away!

John Mantaldo, Kya’s 16-year-old owner, said that the Santa toy became her favorite soon after being given it last year. 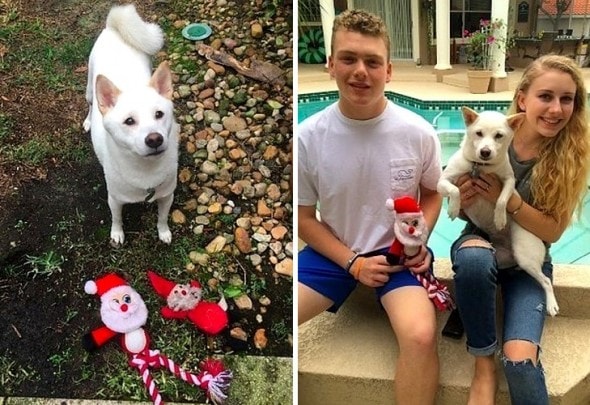 “She really loves her Santa, and she has to have it year-round,” said big sister, Angelina. “Whenever we come home, she brings it to us.”

The pair recently saw an ad for Christmas photos with Santa and people’s pets taking place at the mall, they knew they had to take the Shiba Inu and their other dog, Lucy. 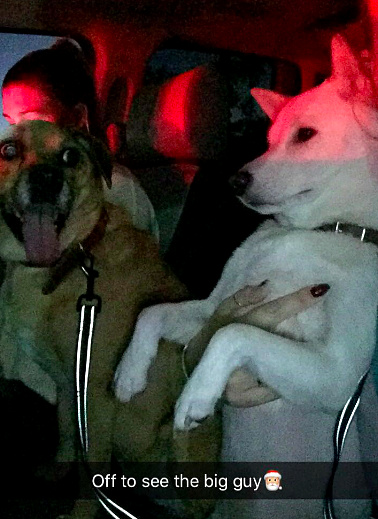 “A lot of people were taking pictures with their dogs,” Angelina said. “But we were like, ‘Nah, it’s just going to be the dog.’”

John said Lucy was frightened by Santa, but Kya, described as “usually super crazy and hyper,” was uncharacteristically chill. 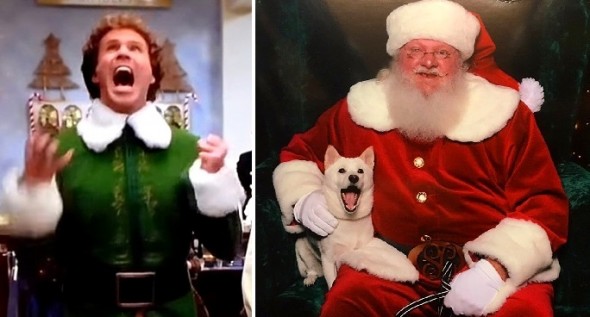 “She just sat there and looked at him,” Angelina said. “She usually misbehaves when we take her to Petsmart, but she was behaving for Santa.”

They spent a whopping $30 on the photo, but the look on her face is simply priceless.  Plus, John said they got wallet-sized photos.  They could make a fortune selling them (I would personally buy one).  The only creature on this planet who could be more excited about meeting Santa is Buddy the Elf.

“She was definitely the most excited dog there,” Angelina said.

John posted the photo on Twitter, and in only a few days it’s been retweeted about 100,000 times.  To see more of this cutie, follow her on Instagram. 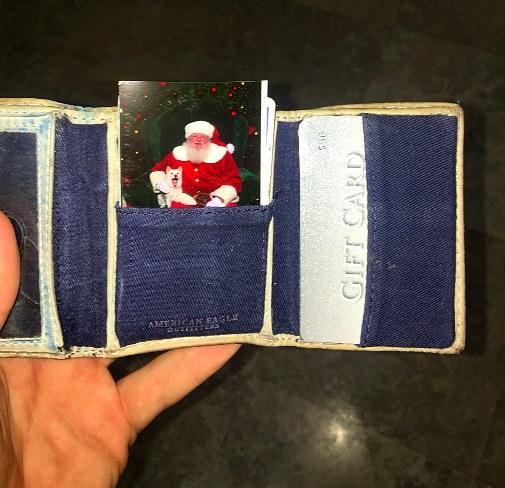