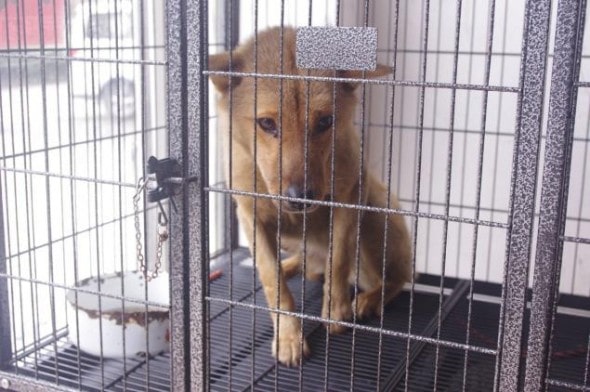 Talk about hitching a ride!  Not only did this poor stray survive being hit by a vehicle, but also survived a 248-mile drive stuck in that bumper.  Across central China stuck in a bumper the entire time may qualify this dog as a survivalist.

According to reports from The People’s Daily Online, the dog got hit after sprinting out onto a Fenghuang County road, and being hit by Loudi Zhang’s car on the 26th of March.

After the dog was hit, somehow it ended up stuck in the front bumper.  Zhang said he continued driving because he assumed the dog was either dead, or had been hit and run off. 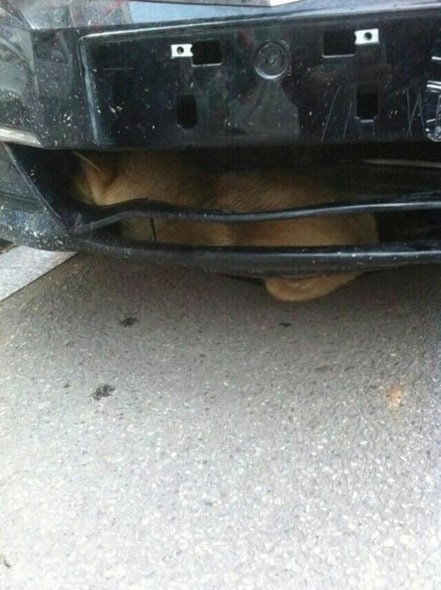 Apparently, the dog barking was what got Zhang to stop and check his bumper.  Of course, he had already driven a couple hundred miles across China before hearing, or checking on the dog.

However, the second he realized something was up, he did check.  He decided to get help as soon as possible.  He drove, with the dog still in the bumper, to a veterinary clinic where he enlisted the help of medical professionals to get the dog out.

Once the dog was taken out, a full medical work up was done.  In somewhat of a miracle, the dog was totally unharmed.  According to medical staff at the clinic, the dog suffered “barely a scratch.”

Zhang says that of course, it was the work of fate.  He belonged with this dog, and has since adopted him.