­A dog who scampered after an arboreal critter became badly impaled on a tree that left him dangling above a South Carolina marsh for about 24 hours has survived his brush with fate; Louis’ cries were heard by a man who got him rescued.

A concerned resident heard the dog’s continuous barking and waded through an entire marsh to find him.  To his surprise, the man found the pit bull hanging about 15 feet above the marsh, a tree limb pierced through his lower torso. 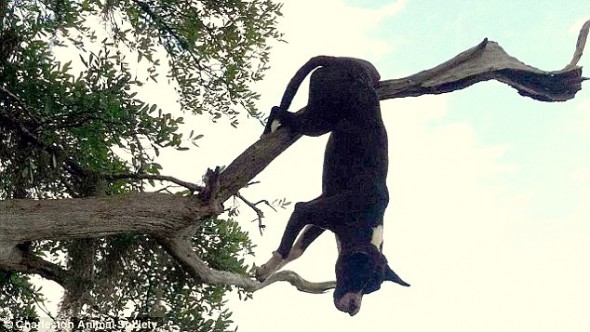 He contacted the Charleston County Sheriff’s Office and animal control, who successfully extricated the suffering boy.  He was carried out on a stretcher and taken to a vet for treatment.

“Just got off phone with EVET said they don’t think the bladder or intestines were punctured,” one staff member of the Charleston Animal Society wrote on their Facebook page.  “He is on IV drip, has a catheter in and he is resting comfortably!” 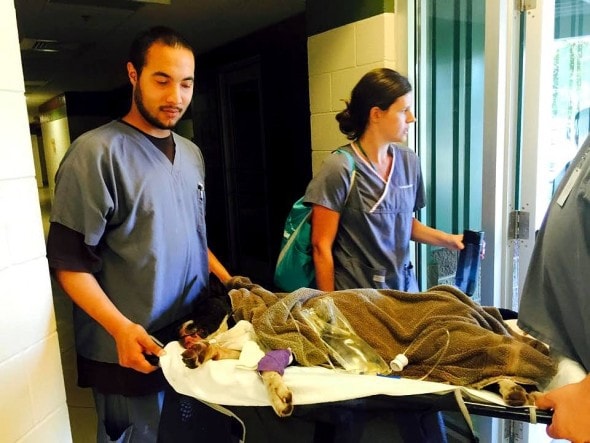 “This dog is in critical condition,” another comment reads.  “In all my years doing this work I have never seen anything like this.”

It is not believed that any foul play was involved, and that Louis simply got away from his home and went on an ill-fated adventure.

“This was a close call for this pet, and we are doing everything possible to save him,” said Lucy Fuller, Senior Director of Veterinary Care.  “If it weren’t for people’s generous donations to our medical fund, Toby’s Fund, we wouldn’t be able to save animals like this one.” 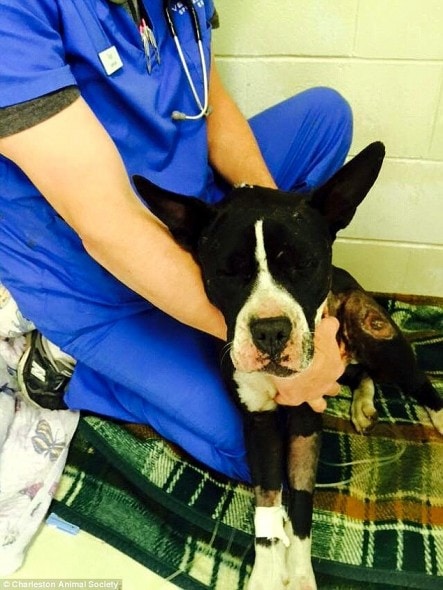 Louis is microchipped and his family has been contacted.

“My love… My Louis Vuitton Smith… Was rescued out of a tree on Wadmalaw. My tears can’t fill the relief in my heart that someone cared,” the owner posted on CAS’ Facebook page. “I’m not fortunate enough to pay his bills so I have to surrender him. I can’t focus…. I work on Kiawah Island and I called off work today once I found out what happened to my love. They understood because I talked about him frequent[ly]. But just pray Louis pulls thru and our paths cross again. Because I will never be the same without him. Thank you.” 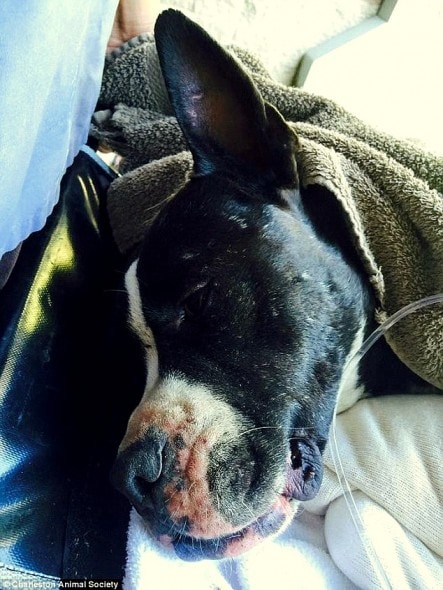 No owner should have to surrender their beloved pet this way.  Perhaps if enough people contacted CAS’ Facebook page and site, and donated to Toby’s Fund specifically for Louis, this devastated woman could be allowed to have her baby back. 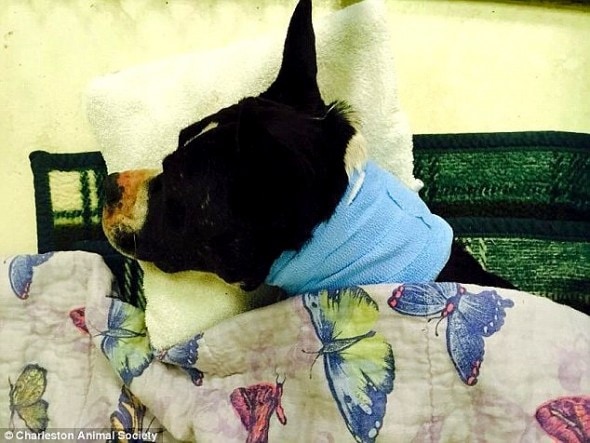