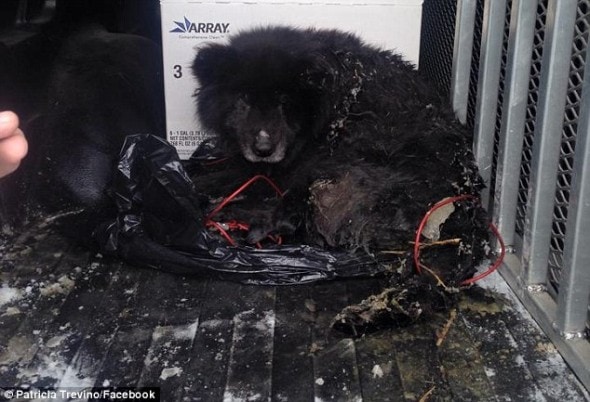 Elsa is a 10-year-old chow mix, that thanks to a good Samaritan, is back in good health and on the road to recovery.  Being that this has been one of the coldest years on record for the northeast, and both our dogs and humans have really felt the effects.

After being rescued she was taken to a local animal hospital.  In an effort to free her legs that were frozen to the ground, hot water was used.

Employees at the animal hospital say that Elsa is doing better, but is not 100% recovered and ready to find a forever home.  She’s still being held at the hospital, just to make sure that she won’t have to have any further procedures.  There may still be a frost bite issue, and she’s being monitored very closely.

Elsa’s owners were reportedly found, and were given legal citations for leaving Elsa outside in the freezing cold.