At the Arizona Humane Society, there is a new nanny in town, and despite what most people would think, the kittens there can get enough of him.  Boots is a 12-year-old dog that was a survivor of Hurricane Katrina, and as of a few weeks ago, is the newest volunteer at the shelter.  The other staff have taken to calling him a “dog nanny.” 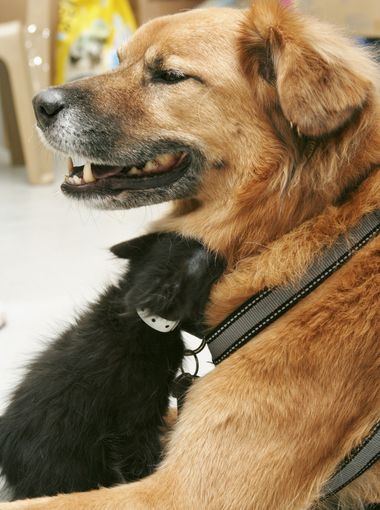 The Humane Society’s public relations manager Bretta Nelson said, “It’s such a win-win for everyone involved.  Boots loves it.  Most of the kittens love it.  Some are very scared at first, but the whole thought is to get them acclimated to being around dogs.” 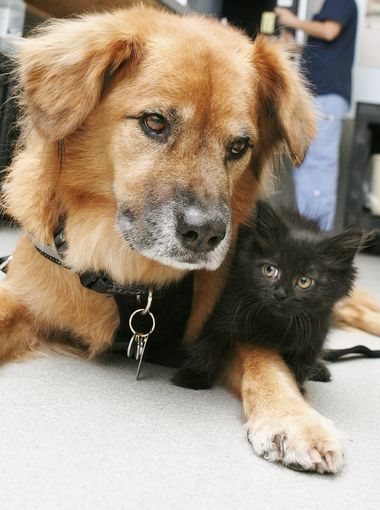 The kittens, all between five and eight weeks old, get to meet and hangout with Boots, the idea being that this will take out some of the guesswork when it comes to seeing how the kittens will handle being with families that already have a dog. 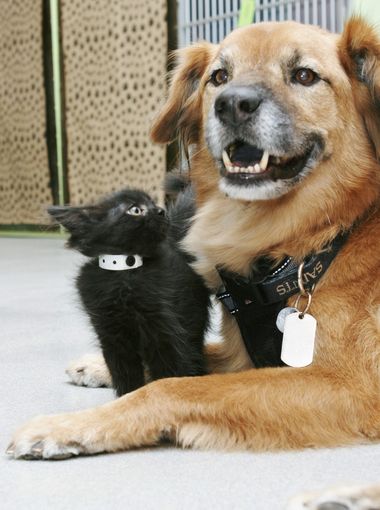 Boots doesn’t seem to mind being the subject of the experiment at all.  He happily spends every Wednesday alongside staff in the kitten nursery, playing and sometimes just relaxing with the kittens. 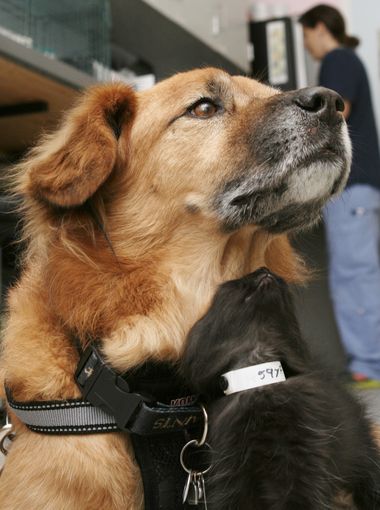 “He’s so relaxed.  We bring him in, he sniffs the tents, he sniffs the kittens,” said Nelson.  “You can see their reaction, who’s curious and will just come up to Boots or who will want to go slow.” 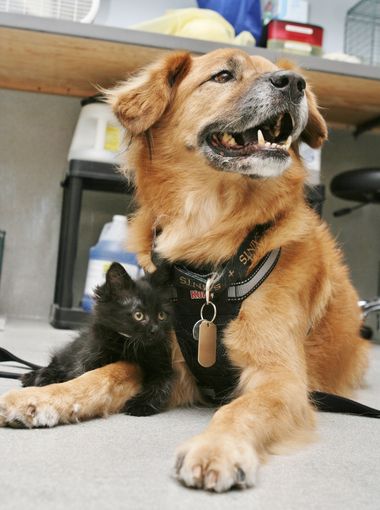 Each time the kittens have another interaction with Boots, their comfort level grows. 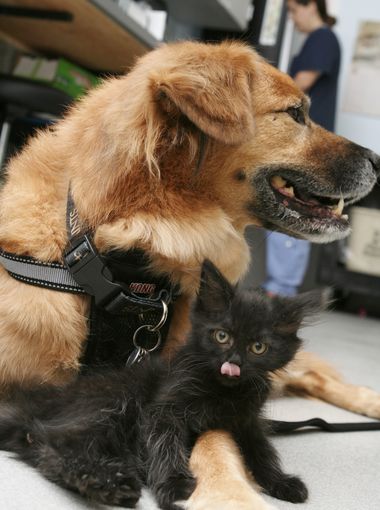 “By bringing a dog nanny in, we’re exposing these kittens to a lot of different things.  In the end, they will be adaptable, and more adoptable,” said Nelson.