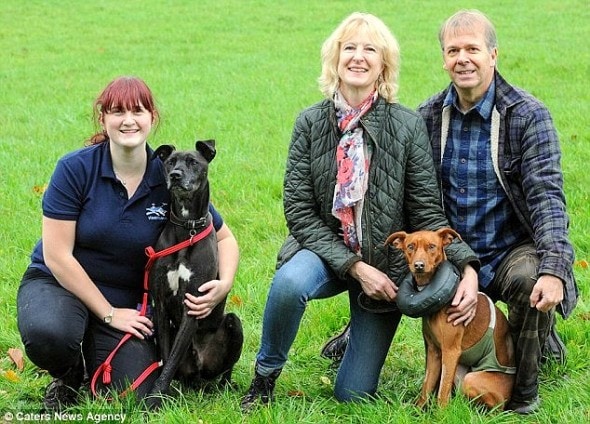 Nellie was struck by a speeding car and was on the very brink of death.  She couldn’t stop bleeding, and there was no time to get a transfusion from a blood bank.  Fortunately, the veterinarian who was treating her has a dog whose blood type matches, and was able to save her life.

Jane and Mark Robinson and their daughter Martha were out for a walk with Nellie when a speeding vehicle collided with her and took off.  They rushed her to Vine Tree Vets in Herefordshire, UK.

Veterinarian Amy Howard realized that the lurcher was perilously close to death, and knew there wasn’t enough time to have blood brought in from the blood bank, so she quickly dashed home to bring in her dog, Dylan. 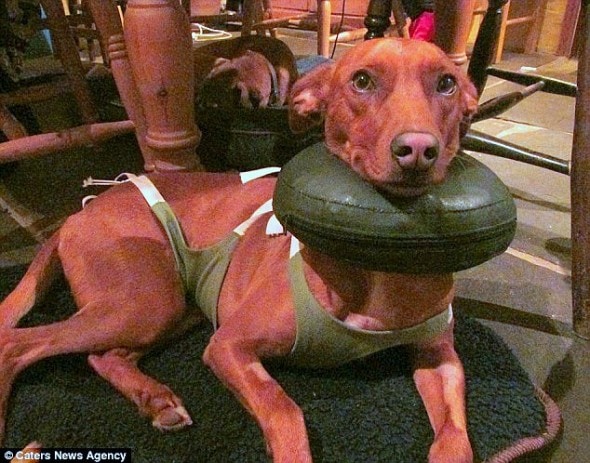 “’We realized that Nellie was in desperate need of a blood transfusion, so of the vets that were there I said I could bring my dog in from home,” Amy told the Daily Mail.

“I had concerns that Dylan wouldn’t be happy with the transfusions, but he was absolutely fine with it – he did himself proud helping out Nellie like that.

“Without the blood, Nellie would have died, as we could not stop the bleeding at the time. In my experience I have never seen a dog fight as much as she did.”

But the fight for Nellie’s life wasn’t over yet.

“After Nellie had been stabilized with the additional blood, the vets operated on her in an attempt to stop the internal bleeding,” Mark explained.

“It was only was the vets operated that we realized her liver had been badly damaged and so had to be partially removed.

“The vets then had to get a second blood transfusion from the UK Pet Blood Bank for a donation of the same type, before they operated on her again.

“Despite managing to cauterize the small liver blood veins, the vets didn’t expect her to live through the night.

“She has somehow managed to make a miraculous recovery, though.” 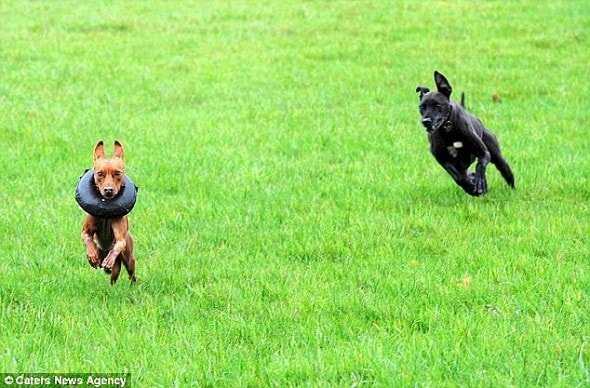 This is now at least the second time Nellie has survived a close call with death:  she was saved from being euthanized for being one of Spain’s many street dogs.

“I think Nellie could definitely be Britain’s luckiest dog after everything she has been through,” Mark said.

“As well as this hit and run, as a puppy she was destined to be put down since they have too many stray dogs in Spain.

“It was only after she was brought back to the UK and we adopted her that she was saved from her fate.

“Now after this latest tragic accident Nellie has proven that she really is a miracle dog.” 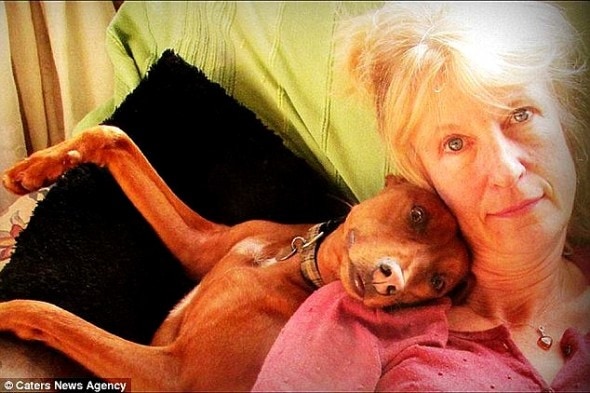