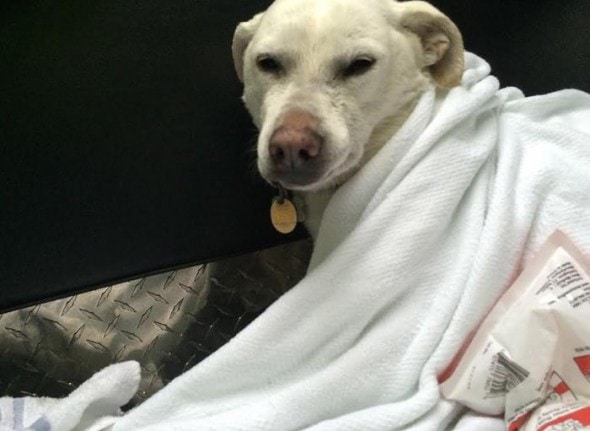 Senga and Mishka are sisters, and are very close.  When Mishka fell through some ice that had formed on Notched Pond which is in Raymond, Maine, her sister Senga led a neighbor to her sister so she could be saved.

According to a press release made by the New Gloucester Fire Rescue, Mishka was found about 150 feet off the shore of the pond.  She was barely able to get her head above the water, and if they didn’t get to her quick, they weren’t sure she’d survive.

“The neighbor that found the dog and called emergency personnel had heard an odd bark prior to finding Mishka.  The neighbor was led by Mishka’s sister, Senga to locate the bark,” said the rescue team in the statement.

The rescue wasn’t easy.  They had to get into the icy water with cold-suits on and go over several drop-offs, one of them almost 50 feet.  Once they could grab her, they got her out of the water and onto shore quickly.  She was then wrapped in blankets, towels and heat packs.

She was then given to her human, who rushed her to a local vet clinic.  As of Wednesday night, she was reported to be in stable condition, and it seems that she will make a full recovery.

“People need to be mindful that the ice is not safe, anywhere,” said Chief Kurt Elkanich of Gray Fire Rescue.  “If any person or pet falls through the ice or is in the icy waters, call for emergency personnel or the next victim could be you.”

Captain Scott Doyle of the New Gloucester Fire and Rescue said that this type of thing is happening all too often right now, with the milder winter weather we’ve seen some spots having this year.  In fact, this was the second time a dog has sought help during an emergency in the past couple weeks.

“Our EMS personnel assisted an elderly man recently, where his dog got the attention of a home keeper,” said Doyle in the press release.  “The dog led the home keeper to the barn where the elderly man was injured.” 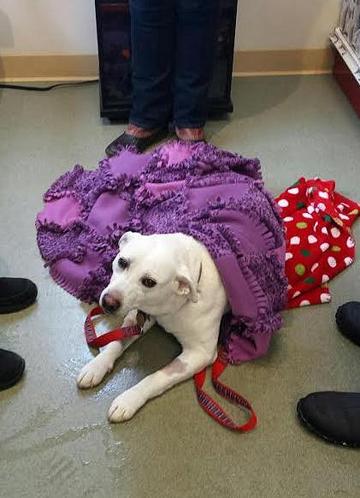