Kansas City Code Enforcement Officer Alan Ashurst helped to get the cameras put up three years ago that is aimed at catching illegal dumpers.  In that three years, he’s seen a lot of people dump all sorts of things, but never a live dog.  Until recently that is.

One can clearly see on the pictures from the camera, someone rolling up to the spot, opening a door, and forcing out a dog.  Then the vehicle drives away, leaving the poor scared dog all alone.  This really bothered Ashurst.

“This is as mad as I’ve ever been,” said Ashurst.  “I just couldn’t believe it.” 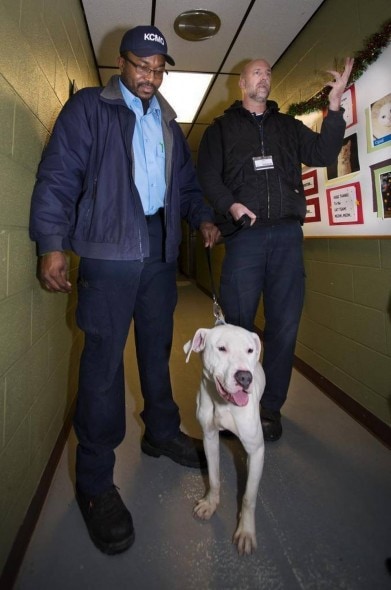 Ashurst contacted Kansas City’s Animal Health and Public Safety Officer Eron Dawkins.  Dawkins checked the photos over several days, and noticed that the dog was still visible in photos taken by the cameras over several days.  So, Dawkins and Ashurst went to the area to see if the dog was actually still there.

Dawkins, who is known by the nickname “Dr. Dolittle” because he has a knack for “talking” to animals, took a can of food and a live trap out to the spot where the camera was.  The dog hadn’t wandered far, and using the can of food, he got the dog to safety.

“I was excited to go out there to rescue this animal,” he said. 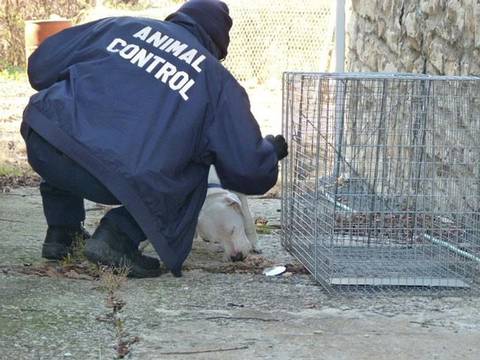 The dog was taken to the KC Pet Project, which operates a shelter locally.  The dog may have been thin and underfed, but he was very friendly, and the staff at the KC Pet Project knew he would make a great addition to any family looking for a young and energetic dog.

He would not have to wait too long for a forever family.  As luck would have it, a couple was at the shelter when he came in, and it was love at first sight.  The dog has gone from unwanted and dumped on the side of the road, to having a forever family in just a few short days, and it’s all thanks to those cameras and two city employees with big hearts. 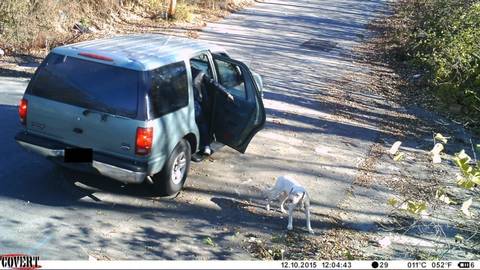