A video of a sweet, ginger pit bull sitting on the cold ground, shivering, with nothing more to protect her than a wooden box and a bit of straw, has upset thousands of people, but nothing can be done by rescue organizations, because technically the law is being obeyed.  That’s why a petition has been created demanding that the laws are changed so dogs aren’t legally being frozen to death. 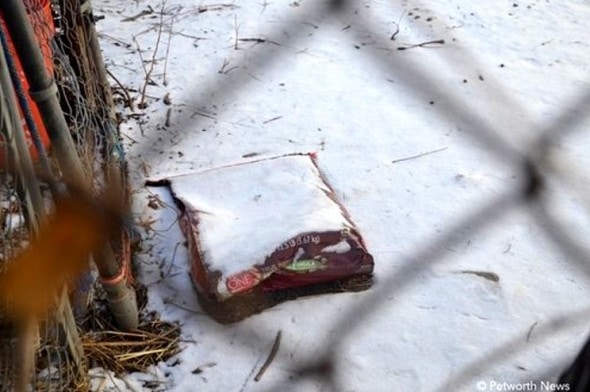 Drew Schneider wrote a piece for Petworth News after visiting Momma and trying to get to the bottom of her situation.  She lives in a tiny, fenced-in area where tromping around on her own poop is what passes for daily exercise.  She has only an ice block in a bucket for water, and her food sits untouched in a bag outside of her kennel.  Neighbors feed her bits of the food through the chain link fence, but that isn’t enough to curb her suffering. 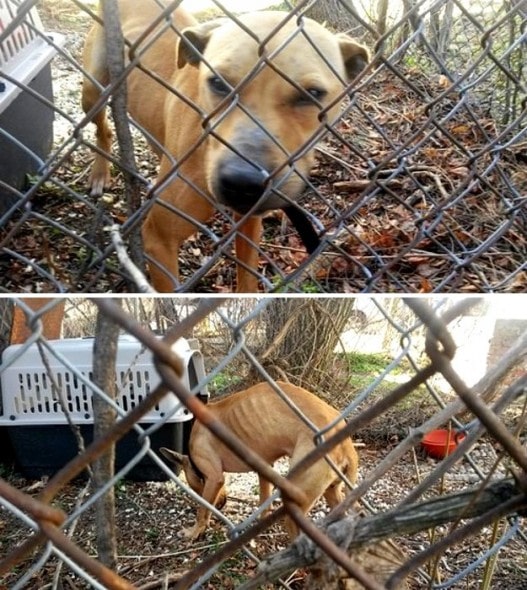 This has been going on for TWO YEARS.  Last year, an emaciated dog named Princess lived on the property with only a plastic travel crate to hunker down in.  Her food and water bowls were always empty, except when it rained.  Neighbors fed her, gave her a bed, and complained, but Humane Law Enforcement officers told them to stop feeding her, because as long as she was being fed, they couldn’t seize her because of violations.  However, when they stopped feeding her, she disappeared.  Momma showed up a few months later.

According to Schneider, the people who live at the house don’t own the dog and clearly don’t take care of her, and the man who owns Momma doesn’t live there.  Neighbors have done as much as they can legally, but are intimidated by all of the unsavory players involved, and understandably do not wish to invite danger to their doorstep. 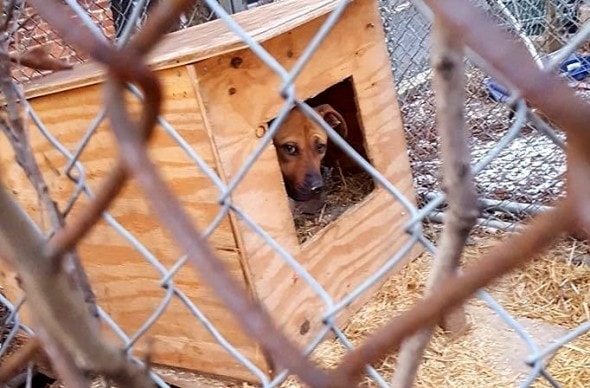 The law in Washington, DC regarding animals left outside only stipulates that people provide “protection from the weather.”  So it doesn’t matter if it’s eight degrees outside, as long as a dog has a hut to crawl into, even if it has no door and is not insulated, they’re being “protected.”  And if an owner fails to supply their poor dog with this bare minimum, the very harshest punishment they can receive is a $250 fine and a 6-month jail sentence (like that’s ever gonna happen).

This is absolutely ludicrous.  Even insulation isn’t sufficient – that’s why we keep the heat cranked in our insulated houses during the brutal winter months – but lawmakers deem a box acceptable housing for animals who need just as much heat as humans to not only survive, but be comfortable. 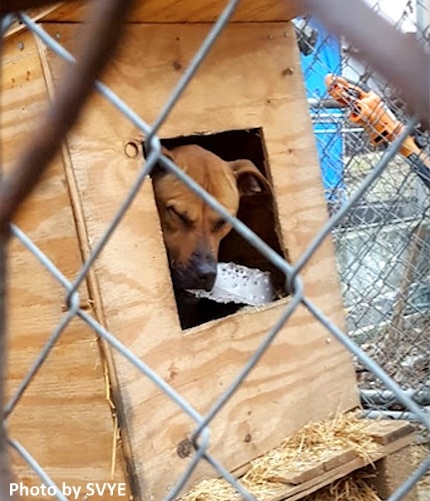 The Washington Humane Society and Washington Animal Rescue League have merged to become the Humane Rescue Alliance.  HRA says that Momma is “no longer outside and the owner has agreed to bring her inside when necessary.”  But realistically, how likely is it that this person who routinely forces dogs to endure painfully cold conditions is suddenly going to comply with the lax law and actually care for their pet like a decent human being?

Thankfully, some politicians, like councilmember Brandon Todd, have already gotten wind of poor Momma’s situation, and are working swiftly to amend the current code so crap owners will be more seriously motivated to take proper care of their animals. 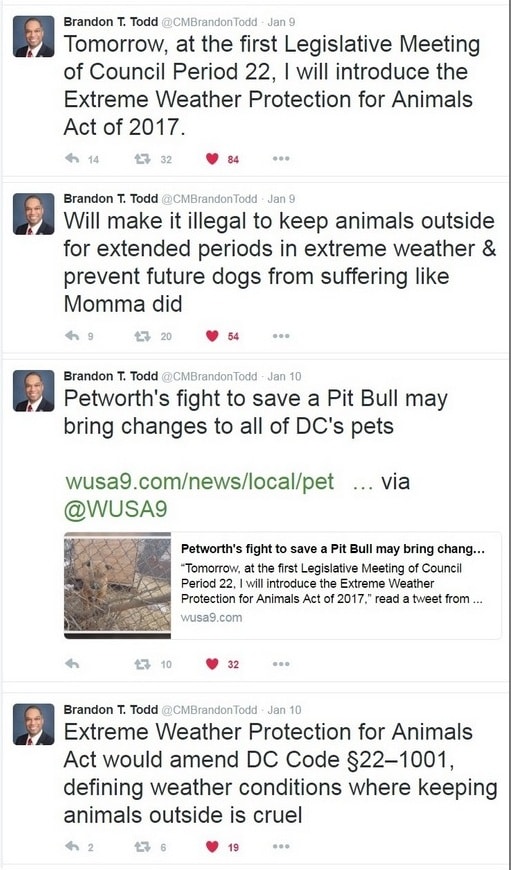 At the time of this publication, a petition to provide much better legal protection for pets has just over 1,400 signatures.  Many more will be needed to spark a change, and hopefully a successful petition will bolster councilman Todd’s initiative.  Additionally, we cannot just sign one petition and move on.  We must continue to bombard legislators locally and globally until they do what is right by doing everything within their power to keep animals safe, especially when they belong to people who don’t care about them.  To sign, please click here. 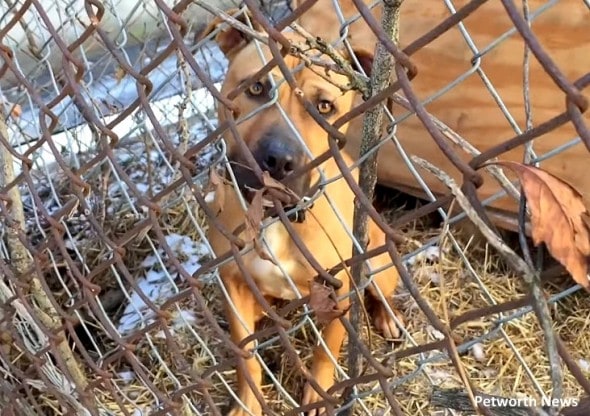