We guarantee that you are reading that correctly.  In Hudson, Colorado, a woman was rushed to the hospital after being accidentally stabbed by her dog that picked up a kitchen knife.  Even though the woman was injured in the incident, she did survive, and will make a full recovery.

When Celinda Haynes was taken to Platte Valley Medical Center, the nursing staff didn’t believe her story at first.  They actually suspected some kind of domestic violence at first, so they contacted the Town of Hudson’s Marshal Service as is standard protocol in these situations.

Haynes insisted that her dog Mia had grabbed a small paring knife off the kitchen counter.  Her size makes her more than capable of doing so, and after talking to the marshals, people finally started believing Haynes. She actually was accidentally stabbed by her dog. 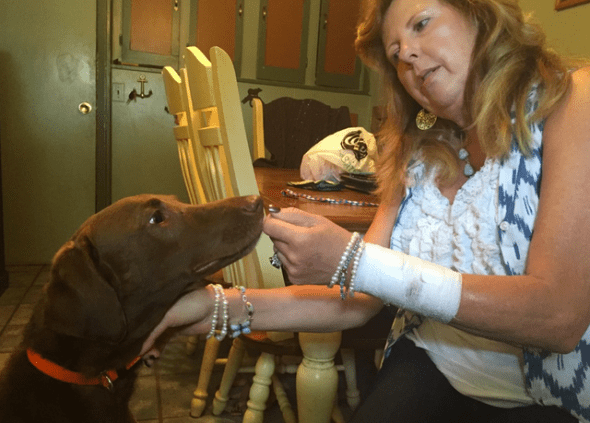 According to Haynes, she tried to tempt the knife out of Mia’s mouth with some treats.  It almost worked, but instead of dropping the knife she bolted right for Haynes with it still in her mouth.

“When [Mia] went over to eat the treat, she ran the knife across my arm and cut a big old gash about four 4 inches long,” said Haynes.

Deputy Zach Johnson was the one to respond from law enforcement.  Even he didn’t believe his ears when he heard the call come in through dispatch.

“When dispatch said that there was a person who was stabbed by a dog, I had to make sure I heard that correctly,” Johnson said.  “Of course, my initial thought was what’s really going on here.”

After lots and lots of questions, even Deputy Johnson was convinced of this almost impossible situation’s validity.  This poor woman got stabbed by her dog, and there was just no two ways about it.  Haynes says that of course extra care will be taken when Mia is around in the kitchen.  Especially when it comes to sharp objects within reach.  However, Mia is not a mean or malicious dog.  Perhaps a bit energetic, but a sweetheart all the way. 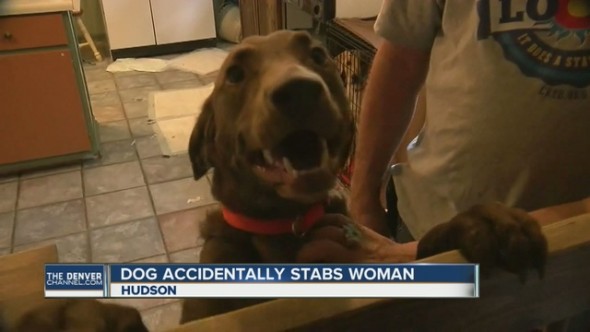