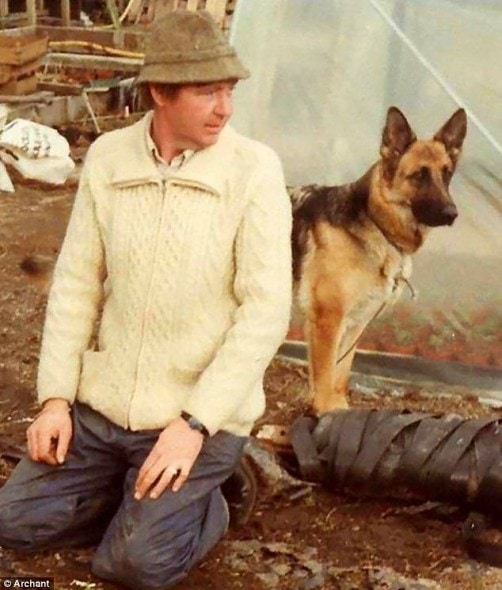 Fifty-nine-year-old Kevin Johnson died of a heart attack just two months after he had to say a painful farewell to his dog, Chelsea. When he died, all of his savings and money from the sale of his cottage were left to the RSPCA as a thank you for the love he had with Chelsea after adopting her from a local rescue center.

“Kevin was totally devastated at losing Chelsea – she was the apple of his eye and his biggest friend,” said Myfanwy Gillham, Kevin’s 90-year-old aunt. “He just lost heart after she went.”

The Puckeridge, UK man, who ran his family’s Clockhouse Nurseries, had no children or siblings to bequeath his fortune to, and his parents, Margaret and John, had both already passed.

“His mother had died, and Kevin said as he now had more time because he didn’t have mum to look after, he would get another German Shepherd,” said Myfanwy.

He adopted Chelsea after the loss of two of his other German Shepherds, Heidi and Max. Chelsea was about three when she was adopted, and spent seven wonderful years with Kevin before dying at age ten. 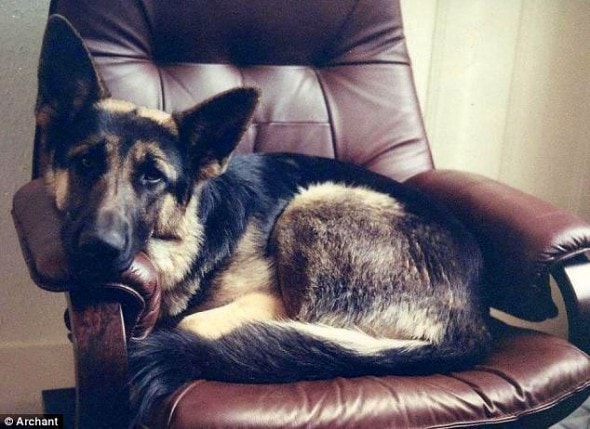 “We went to Southridge together one day on the off chance of finding one and immediately spotted Chelsea,” his aunt explained. “They bonded straight away from their very first meeting as soon as he set eyes on her. She had been very badly treated and Kevin gave her a whole new life.”

“Chelsea was always with him, playing all day at the garden nursery. He never went anywhere without her. And then one morning he came downstairs and found Chelsea collapsed. She couldn’t even stand up. It was a real bolt out of the blue – she was a real ball of energy and very fit. The chap from the pub over the road came over and he and Kevin took her straight to the vet, but nothing could be done and she had to be put to sleep.

“Kevin couldn’t get over it and started letting his business go. It was totally unexpected when Chelsea had the stroke because she was always such a lively dog. Two months later he had a heart attack and was found dead on his bed. We’re sure he died of a broken heart.”

His aunt said Kevin honored Chelsea in the best way possible by donating the money to charity.

“Kevin’s left a fantastic legacy to the animal center and the gift will help to rescue and look after a great many dogs like Chelsea.”

A new dog play area and agility course at the Friends of RSPCA Southridge will be dedicated to Kevin and Chelsea.

“Words cannot express enough our gratitude to Kevin for leaving us this staggering inheritance,” said Terry Pavey, chairman of the Friends. “It will do so much good, notably safeguarding our fostering scheme for years to come.”