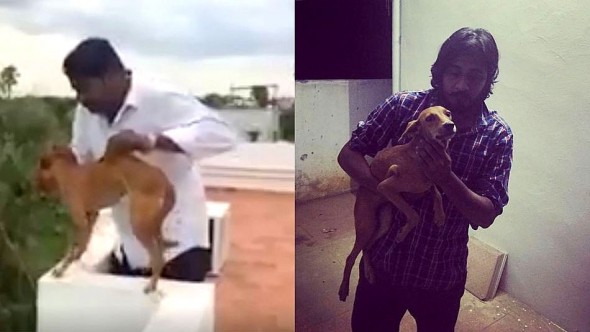 A video has recently gone viral showing a psychopath picking up a small dog and pitching her off of a rooftop in India.  The poor thing was then heard yelping in pain, and people believe that she had died.  But because of the many outraged people who were determined to do something about the situation, the dog has been found alive, and her abuser has been identified.

The sick human has been identified as Gautam S., a student at Tamil Nadu’s Madha Medical College.  He was filmed throwing the little dog off the edge a roof in the city of Chennai.  The video was uploaded and went viral.

It was widely believed the dog had died as a result of her injuries.  But animal rights activist Karthik Dhandapani tweeted a video showing that she’s alive.  Her hind legs are injured and she is unable to walk properly.

“What breaks my heart is that she was still wagging her tail,” said Shravan Krishnan, the man shown in the photo gently cradling her.

After being rescued, she was named Bhadra, and is now being loved and given medical treatment.

The tosser and his filmmaker were arrested, but apparently are out on bail.  However, they have been suspended from their medical school.  For more updates, follow Karthik on Twitter. 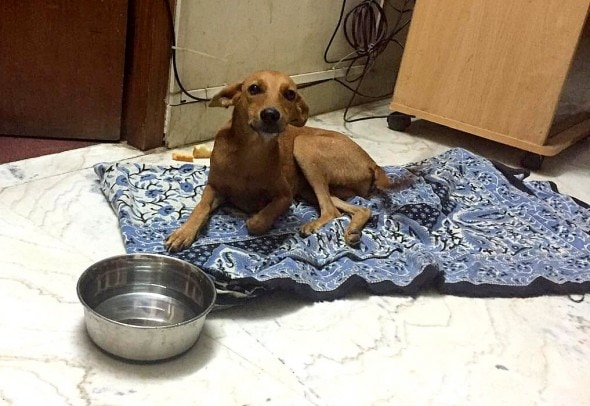