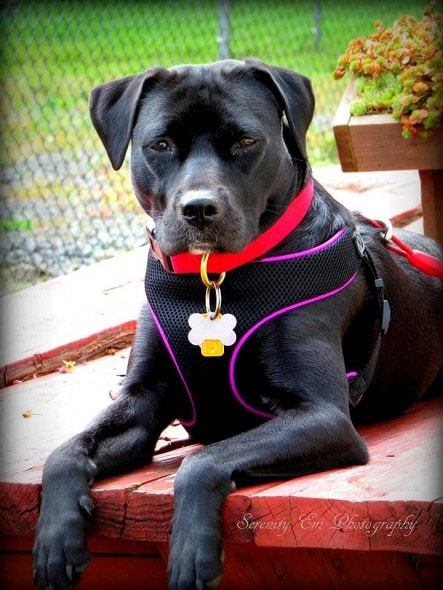 Sophie is a three-year-old Labrabull who found herself on quite an adventure recently.  She is a HUGE fan of fire trucks, and whenever they come out to do their work, Sophie goes bananas.  She practically demands to be let out to get a better view of what’s going on, and her love has not gone unnoticed.  But when she was chosen ride in a fire truck parade, she got spooked by a horn and took off.  However, she managed to be an even more member of the festivities…

Dan and Emily Reed are Sophie’s human mom and dad, and they all live right near the Auburn Fire Station.  From the moment they adopted her, she seemed to be totally taken by the fire station and everything that goes with it.

They have become friends with the local fire department, and everyone there knows Sophie quite well.  At one of their many visits this year, the fire company asked if they could maybe take Sophie on a ride with them.  They said absolutely, she’d love that, and it was decided that she would ride on the truck for an upcoming parade in town. 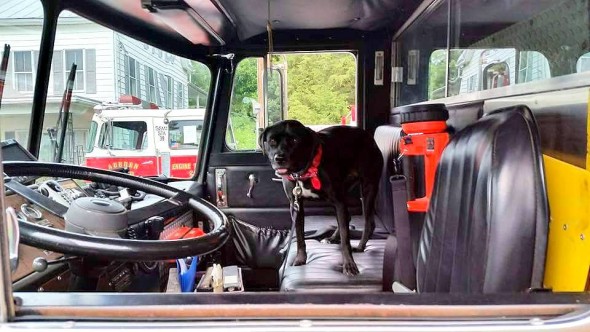 On the day of the parade, Sophie was picked up by her friend Shawn from the fire department, and taken to where the route started.  As things began, a loud blast from the truck horn was let out, and scared Sophie.  She slipped from her harness, and ran away.

Try as they did, no one could calm down or get a grip on Sophie no matter what they did.  She eventually took off in the direction of home, and instead of chasing her on foot, knowing that probably wouldn’t work, they took off after her in the fire engine.

Back at home, Dan and Emily were waiting outside their home for the parade to come down the street.  Off in the distance, they could see the fire truck coming down the way, but that wasn’t all.  There, in front of the fire truck, leading it all the way was Sophie! 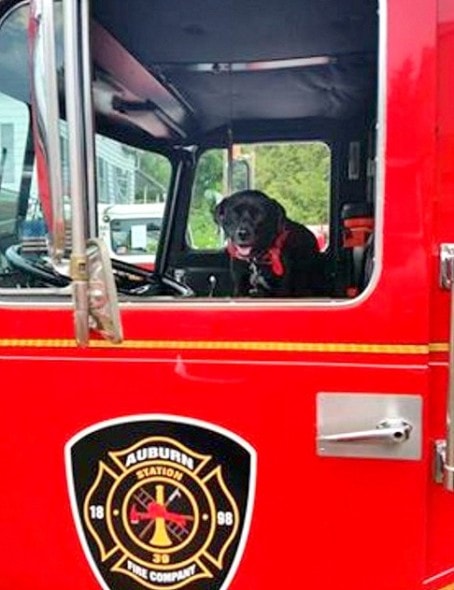