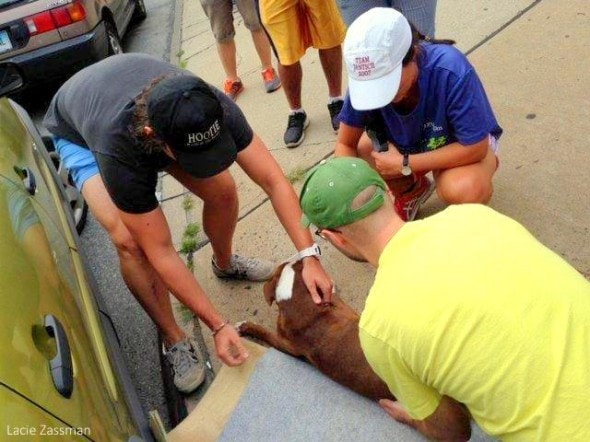 A pit bull has survived being maliciously thrown 30 feet off the Brooklyn-Queens Expressway thanks to a group of good Samaritans who rushed to his aid.  A police officer offered to take him to a kill shelter, but the group refused and instead took him to a vet themselves.

Jon Ernsberger was driving down Meeker Avenue around 6:30 yesterday when he saw a dog come flying over the guard rail about 30 feet from his car, “head over heels over the top.”

“For the first split second I didn’t know what it was,” Ernsberger said. “At first I thought it could be a human, and that was really alarming.”

Then he realized it was a dog, and was surprised when he pulled over to find it still alive.

“It’s unbelievable – it’s like, 30 feet high,” he explained. “I really thought it would be dead, but it was crying out and trying to stand.”

Witnesses came flocking over to help the wounded pit bull.  They gently moved the 50-pound dog from the street and brought him water and blankets.  Blood was trickling from his mouth, but unless internal injuries were severe, he looked like he could make it. 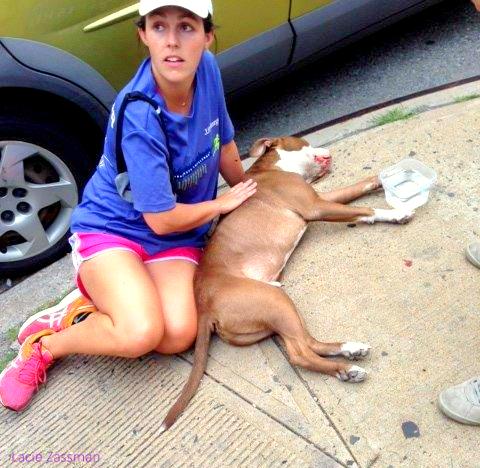 “He was breathing heavily, but didn’t call out when we tried to lift him – we thought that was a good sign,” Ernsberger said.

Witnesses immediately got on the phone to police and nearby vet clinics, but many refused to help without the police’s involvement.  Lacie Zassman, who arrived on the scene shortly after the incident occurred, said police officers showed up about 30 minutes later, one of whom offered to “take the dog to a kill shelter.”

But human compassion prevailed when Zassman, Ernsberger and other witnesses took the dog to the Veterinary Emergency & Referral Group in Cobble Hill (VERG North), where vet techs were greeted by him with a wagging tail.

VERG Communications Director Maria Moss says that Meeker is in stable condition, but has a collapsed lung and an injured front leg.  Amazingly, he did not suffer any head trauma or broken bones.  He is in good spirits and is now breathing and resting well. 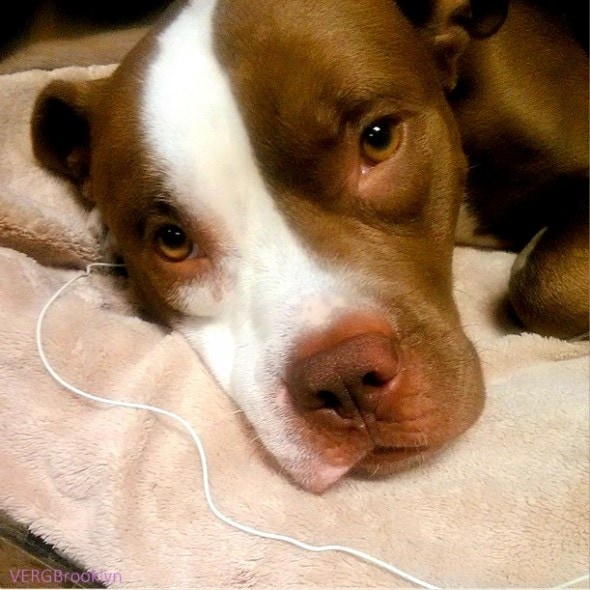