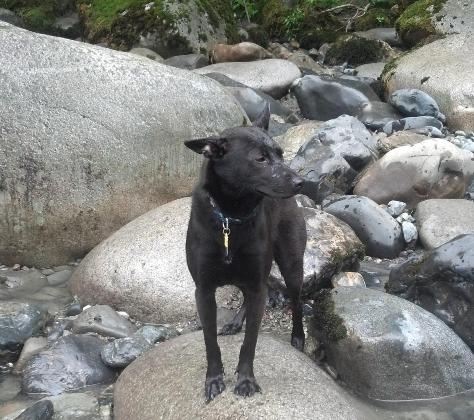 In the early morning hours of August 5th, 2012, the car of a Seattle family of four, traveling on I-90 near Clinton, Montana on the way to a vacation at Yellowstone National Park was hit head-on by a suspected drunk driver. Besides their mother and father, the passengers in the car included two young brothers, Jacob (age 8) and Eli (age 5), and their lab mix, Bella.

Due to the injuries he sustained in the accident, Jacob died. His father was taken to a local hospital in critical condition, and Eli and his mother were listed as stable. The wrong-way driver succumbed to his injuries.

Bella, terrified by what had happened, bolted from the scene.

After learning of the tragedy, a group of concerned individuals banded together in hopes of capturing Bella and reuniting her with Eli. Marcia Erickson, Dani Kurliss, and Vivian Dahlin worked diligently night and day tracking Bella. Bella stayed close to the location of the accident, but had lost her trust of people due to the trauma she experienced. They had several sightings of Bella, but she always ran from them.

Dahlin, an experienced dog trapper, set up live traps filled with Bella’s familiar toys and chicken meat in hopes of luring Bella to safety. After setting a camouflaged trap, Dahlin would set up watch nearby. “If the dog traps herself, I’m there in as short of time as possible,” she said. 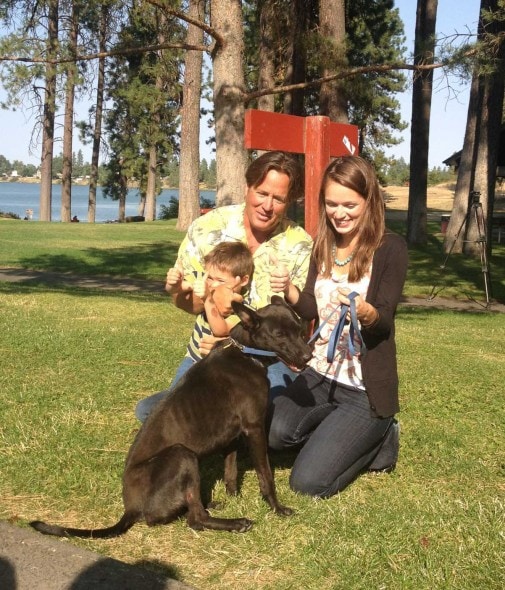 On August 31, after 26 nerve-wracking days of sightings and close encounters, Bella was finally safely secured in one of Dahlin’s live traps. Although very thin, she appeared to be in relatively good health and was taken to a veterinarian for a thorough examination.

Kurliss, who was forced to abandon her part in the rescue efforts due to a family move, said during a phone call from the road, “I’m just so happy about finding Bella.”

Bella and Eli shared a heartwarming reunion in Spokane, Washington on Friday evening. Her return will provide the family with some comfort during their continued time of healing.