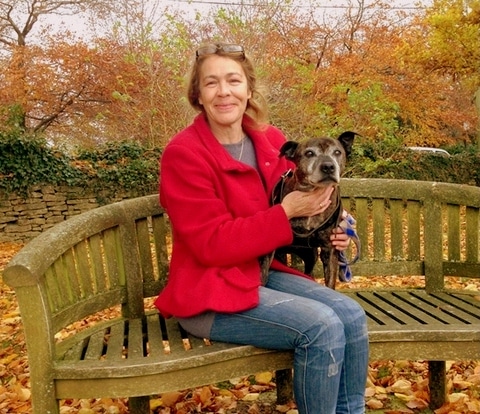 When Niamh went missing from her home in 2004, her family didn’t think they’d ever see her again. But the Maes were in for a huge surprise when they got the phone call they’d been dreaming of for nine long and lonely years, leading to the reunion with their much-missed girl.

Niamh, an Irish name that means “radiant” (pronounced Neeve), took off from her Martley, UK home back in 2004. The family had no idea where she went. Over the years, they still thought about and missed her terribly, but the chances of seeing her again seemed so low.

The Maes had the shock of their lives when they received a call from Bath Cats and Dogs Home, letting them know that Niamh had been turned in.

“If it hadn’t been for her microchip we might never have been able to reunite her with her family,” said BCDH press officer Caroline Hook. “Mrs Mae and her family were in a state of shock and came to pick up Niamh in person. It certainly was an overwhelming reunion.”

Hook said the pit bull had been found wandering the streets of Salisbury. It is unknown where she may have been all this time, but she appeared to be in good condition.

“This is the best Christmas present ever, I just can’t believe it,” a joyful Mrs. Mae exclaimed.