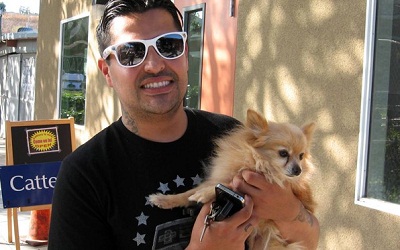 Jose Barajas is urging friend and neighbors to make sure their dog has a microchip. This week he was reunited with his long lost dog Marilyn Monroe. She went missing two and a half years ago.

When gardeners left a gate open at Barajas home Marilyn disappeared. Barajas assumed someone must have taken her home with them and after over two years with no signs of her he was shocked this week to have her back.

On Tuesday Barajas claimed Marilyn from the South County shelter in Bonita, California. He’s been telling his story and trying to convince others to make sure their dog is microchipped. He successfully persuaded one neighbor so far.

“A microchip is the best way to reunite animals with their owners,” said County Animal Services director Dawn Danielson. “The chip itself is smaller than a grain of rice and getting one doesn’t hurt the animal one bit, yet it’s made the difference in bringing hundreds of lost pets and their owners back together again.”