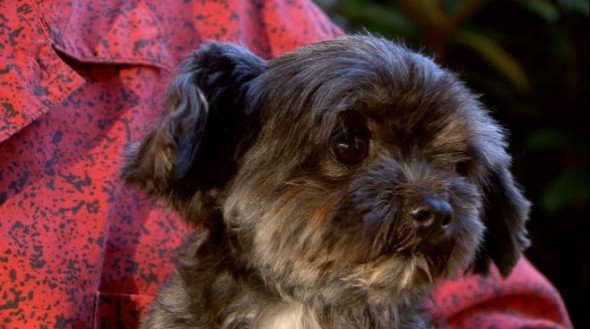 A family from Portland, Oregon had given up hope of ever seeing their dog Taz again. They hadn’t seen him in almost three years. The on Monday they got the phone call they thought would never come, Taz had been found.

It was Halloween night 2010 when Taz disappeared. Brenda Davies and her family weren’t sure what had happened to him, but they feared the worst.

“We thought for sure either a coyote got him or he had been taken, stolen,” said Davies.

Almost three years had gone by and the Davies family had found no trace of Taz. Then on Saturday night Donna and Bruce Cox spotted a small dog run across a busy street and came to his rescue. When they took the dog to the vet on Monday to get checked out it was discovered he had a microchip.

That chip led right to the Davies family and helped reunite them with their long lost dog. The vet called Davies on Monday afternoon to tell her the good news.

“It was amazing,” said Davies. “I started crying right away.”

Donna and Bruce Cox are thrilled to have helped reunite Taz with his family. Something the Davies family is very grateful for.

“It’s so great someone actually did the right thing, took him to the vet, and they scanned him,” said Davies.