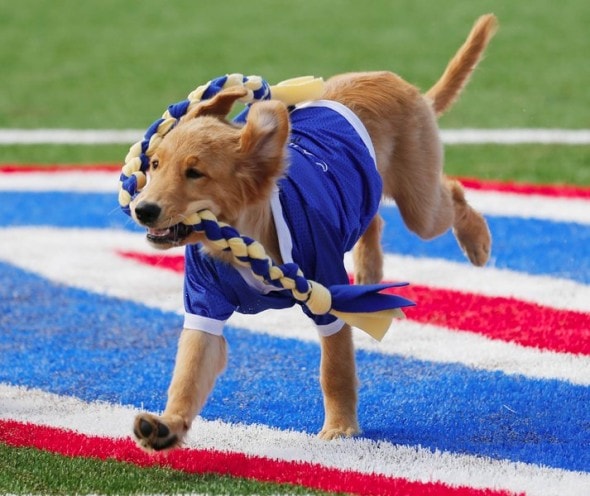 The newest member of the University of Tulsa football program is a five-month-old Golden Retriever named Goldie. The new puppy will serve as an ambassador, attending football games and being an integral part of the university’s community service programs.

Goldie will make her first appearance as an ambassador on August 21st when she attends the Tulsa Drillers “Bark in the Park.” She will make her football debut at the home opener on September 7th. She is already a big hit with the football players.

Goldie is still going through training with her trainer Susan Owen. Owen runs Scout Film Company, that primarily trains dogs for film work, but she also trains therapy, rescue and prison rehab dogs. In addition to her role with the football team the University of Tulsa, Goldie will be helping out with community service programs.

“That’s still evolving,” said Kayla Acebo, vice president of institutional advancement. “But obviously this is going to be an enhancement to everything the university is doing right now, particularly with regard to our community outreach efforts and our True Blue Neighbors program.”

Goldie will still be undergoing training during her first season with the football team, but next year she will permanently move to Tulsa and live near campus with an employee who is familiar with dog training.