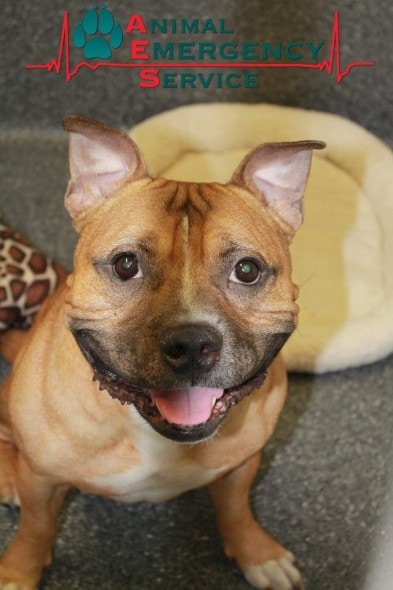 It has been two years since the McDonald family has seen their dog Diesel. When they had to move a year ago they had given up hope of ever seeing him again. Then this past weekend a phone call came that gave them the good news, Diesel had been found.

The last time the McDonald family saw Diesel it was the year 2010 and Diesel was just a puppy. One afternoon the family came home and Diesel was gone. They were devastated. “He was very loyal and protective of not just the boys but the family unit,” said Samantha McDonald.

About a year after Diesel went missing the family moved away from their home in Gold Coast, Australia to Mackay many hours north. Then on Sunday someone rescued Diesel from the side of a busy road and brought him to Animal Emergency Services on the Gold Coast.  Diesel was found in great condition and AES believes he was probably taken in by another family during the two years that he has been missing. A microchip revealed the McDonald family’s information. When Samantha McDonald got the news over the phone that Diesel was found she had to pass the phone over to her fiancé Dean.

Samantha immediately began making preparations to go to the Gold Coast to get Diesel when more good news came. The pet transfer company Jetpets will be taking Diesel to Mackay for the McDonald family. The flight is being funded through anonymous donations that came in when Diesel’s story was posted on the AES Facebook page. “(The McDonalds) were overwhelmed, they were in tears,’ said AES receptionist Solange Newton. The McDonalds are overwhelmed by the support from complete strangers to bring their dog home. “It just restores my faith in humanity,” said Samantha.