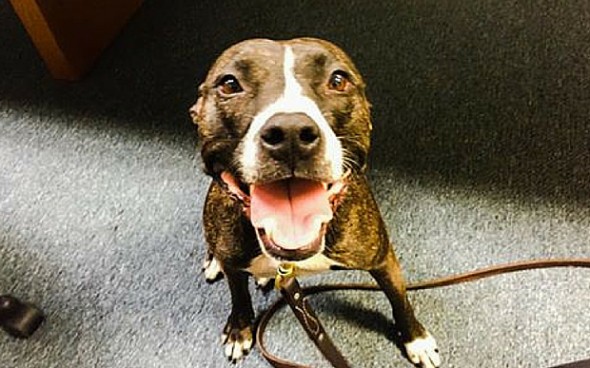 It’s been two long years since Libby, a pit bull mix, came to the shelter she was residing at.  For two long years, she saw other dogs being adopted, but not her.  She was at a point where if someone didn’t take her soon, she would have to be put down.  That’s where Constable Jesse Bullinger and the local police department came in, and her life was spared.

All of Libby’s brothers and sisters didn’t make it.  They met the same fate that she was facing.  It’s thought that because the stigma that follows pit bulls, she was unlikely to find a forever home.

Things all changed when Constable Bullinger met Libby.  He was looking for a new police dog, and although most police dogs are purebreds, it didn’t seem to make a difference.  He adopted Libby, and now she’s a police dog.

Police dogs often come with a lot of costs one might not think of right away.  It can cost over $9,700 just for food, housing and initial training.  That doesn’t guarantee success with every dog either.  Only a select few make it to be an officer.  The fact that Libby was provided free of charge, it makes her a double bonus.

Libby does seem to be a natural.  She is especially good at finding hidden items, and sniffing out trails.  The shelter staff is just thankful that she found a good home a purpose, and that they didn’t have to put her down.  Her trainers at the police department continue to be impressed by her innate skills, and believe that Libby will continue to make an excellent police dog

If you’d like more information on Libby, you can check out her Facebook page by clicking here. 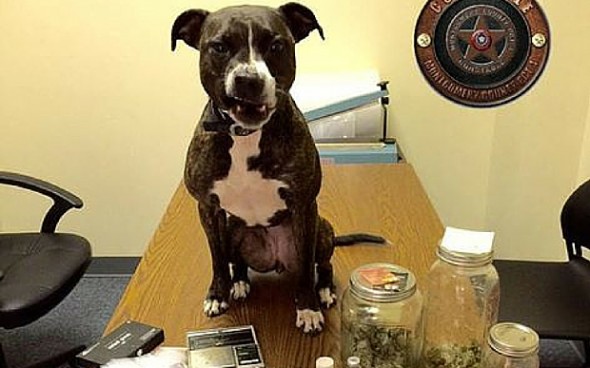