Experts are sending out a warning to all dog owners in the UK to be on the lookout for a spike in the occurrences of babesiosis.  In fact, it’s the first time experts have established an actual outbreak of the disease, after seeing several cases that ended up in two deaths, and three other dogs needed blood transfusions.

Medical professionals are worried about there being a real problem with stopping the spread of the disease.  Dogs can get it by picking it up from a tick bite.  A single-cell parasite passes from the tick to the dog via bite, and infection can set in rather quickly.

The five dogs that are 100% confirmed to have had the disease were all from the Harlow, Essex area.  The local council has posted maps with clear demarcations of the areas that are most affected.  The ticks are found in open fields all over, but you can do a lot to help your dog stay safe by staying out of the marked off areas.

Clive Swainsbury is a medical professional out of Forest Veterinary Center in Harlow, and was treating one of the dogs that had died.  He believes that the disease will spread quickly across the country, and it may at times be easy to miss. 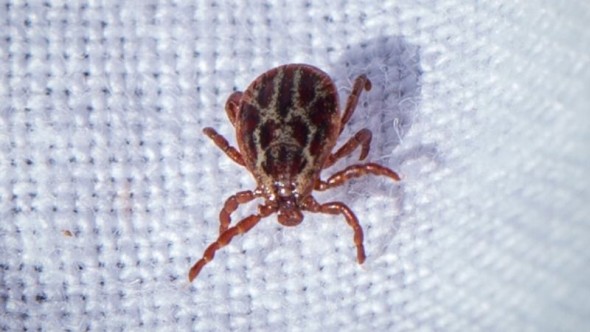 “The parasite enters the bloodstream, enters the cells, and in the process of trying to kill the parasite the dog will actually destroy its own blood cells.  So they become very anemic.  At present we have a very well defined area.  The problem in the future is that every female tick will lay a couple of thousand eggs and all those offspring from that disease will also carry the disease.  As mammals move around they will start spreading the disease.  Although you can advise dog walkers not to go there, it’s possible that foxes and other animals will transport these ticks,” said Swainsbury.

The symptoms to be on the lookout for are weakness, lethargy, pale gums, red urine and fever.  As you can see, it’s not hard to mistake it for a number of other issues that could happen.

“The only solution is to kill the ticks quickly,” said Swainsbury.  “Some of the tick products available will kill the tick quick enough to prevent the tick spreading the disease to the dog, because the tick needs to be feeding for 24 hours at least before it transmits the disease.  But not all tick products do that and you need to seek advice from your vet.”