It is not unusual to see a stray dog wandering around a neighborhood – this happens every day.  But a pig, now that’s a different story.  On Wednesday, a dog and a pig were spotted sauntering down a Florida road together.  They have since been reunited with their owner.

Wednesday morning, volunteers with the Lost and Found Pets of Hillsborough County got a call about the unlikely duo meandering around Merrily Circle in Seffner. 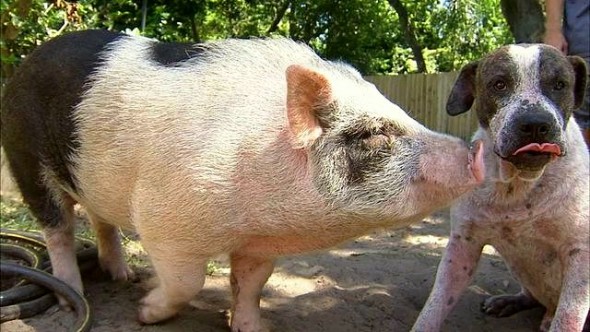 When the rescuers tried to put the dog inside a truck, the pig began screaming.  It appeared that he did not want to be separated from his pal.

Owner Willie Landry came forward to claim them.  He said K 2 and Petey the pig grew up together, and escaped through a fence the day before. 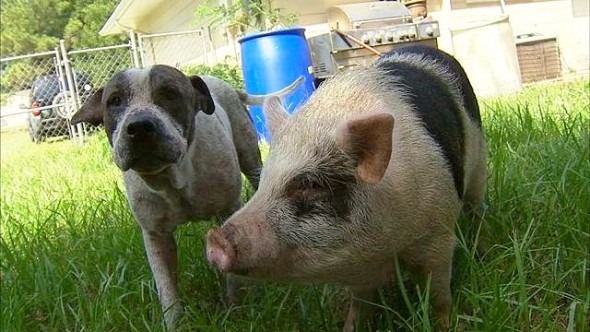 Apparently Petey thinks he’s just one of the dogs.  There was a third dog back at home who was very morose without his other thirds.

“They’re family,” Landry explained to Fox News 13.  “I’m just glad to have them back home.”