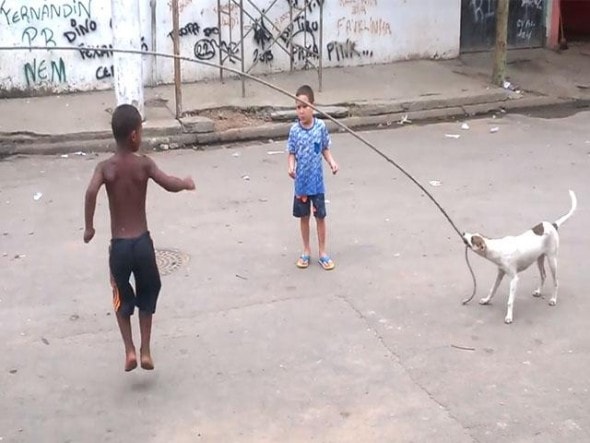 A group of children were playing jump rope on the street and this dog wanted to participate, but instead of stepping in to jump side by side with the kids, the dog held on to the rope and helped his friends have fun.

The video was captured and posted to Facebook by Ricardo Cavalcante and since its publication, it has been viewed more than 9 million times.

Who wouldn’t want to have a pet like the dog in this video? He gets along well with children and loves to play.