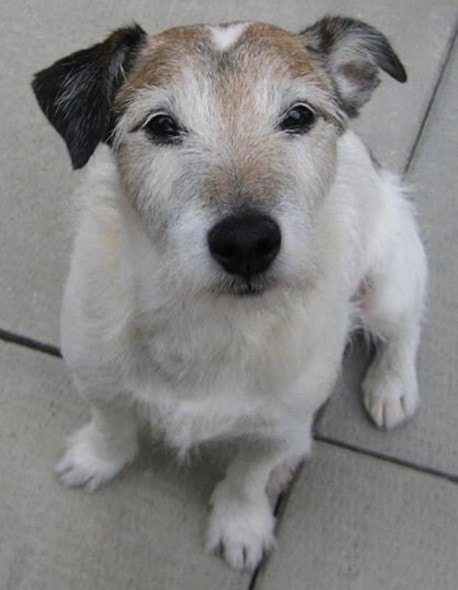 A Jack Russell terrier who was licking up the crumbs of his owner’s bagel managed to also ingest over 100 pennies. The pennies could have killed the dog if they hadn’t been removed quickly by a veterinarian.

Jack is 13-years-old but still gets into mischief, especially when it comes to food. “He’s like a voracious Tasmanian devil – if there’s food, he’s got to get it,” said Jack’s owner Tim Kelleher. Jack had his sights set on a bagel that his owner that Kelleher had left on his desk. “He climbed on my desk to get at the bag with the bagel and knocked the change all over the floor,” said Kelleher. “While he was licking up the crumbs, he swallowed the pennies.”

Kelleher knew something was wrong when Jack started to get sick and continued to get worse. He rushed Jack to the vet where an x-ray revealed that Jack had $1.11 worth of pennies inside him. The zinc from the coins was poisoning Jack and posed a lethal threat to his kidneys and liver.

Veterinarians at BluePearl Veterinary Partners had to perform a two-hour long surgery to methodically remove all the coins from Jack. The coins were removed five at a time. “If Jack would not have had the pennies removed the consequences would have been fatal,” said Dr. Amy Zalcman who helped save Jack.

Less than a week after his surgery Jack is back to his old self. “He’s doing great,” said Kelleher. “He’s driving me crazy again.”